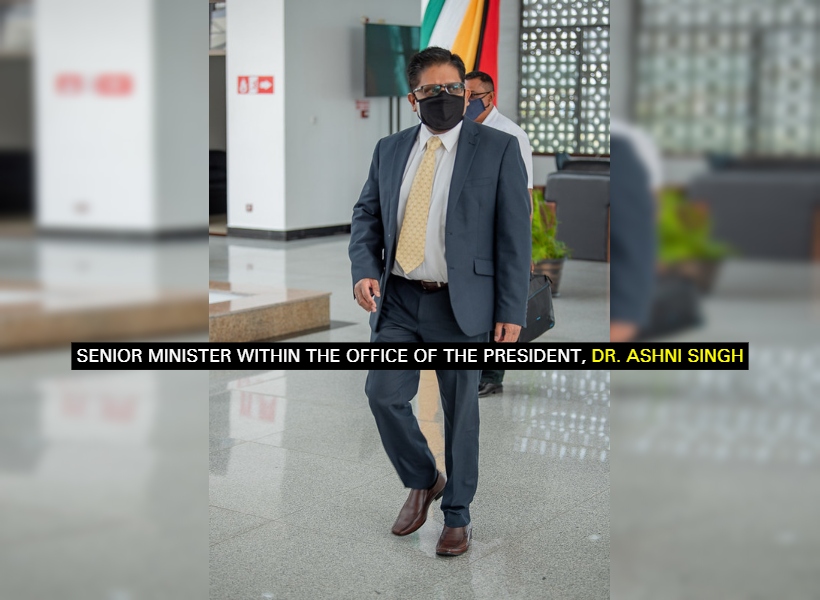 Senior Finance Minister Dr. Ashni K. Singh today indicated that Government is allocating funds to address the damage to critical hinterland roads and to effect urgent repairs to these major ingress and egress points to the hinterland regions.

Dr. Singh alluded to specific roads such as the Bartica to Potaro road and the Itaballi to Puruni road in Region 7, which are major arteries in providing access for critical economic activities such as mining and forestry.

As a result of flooding recently, these roads sustained severe damage hindering the passage of goods and services to the Regions and affecting productive activity, especially in the mining and forestry sectors.

Additionally, funds are being made available to effect repairs to the Lethem-Annai road in the North Rupununi (Region # 9) which also suffered damage as a result of flooding in the last few months.

In the 2021 Budget, in support of agriculture, Government removed the VAT on heavy machinery and equipment and reduced land rental charges reverting them to the levels they were in 2014.

More recently as well, the current administration announced further interventions aimed at relieving the suffering which farmers and households endured as a result of the May-June 2021 floods. The Finance Minister noted that the payout of the $7.8 billion package of assistance to these farmers and households to assist in recovery and bolster production will commence ‘during the course of this week’.