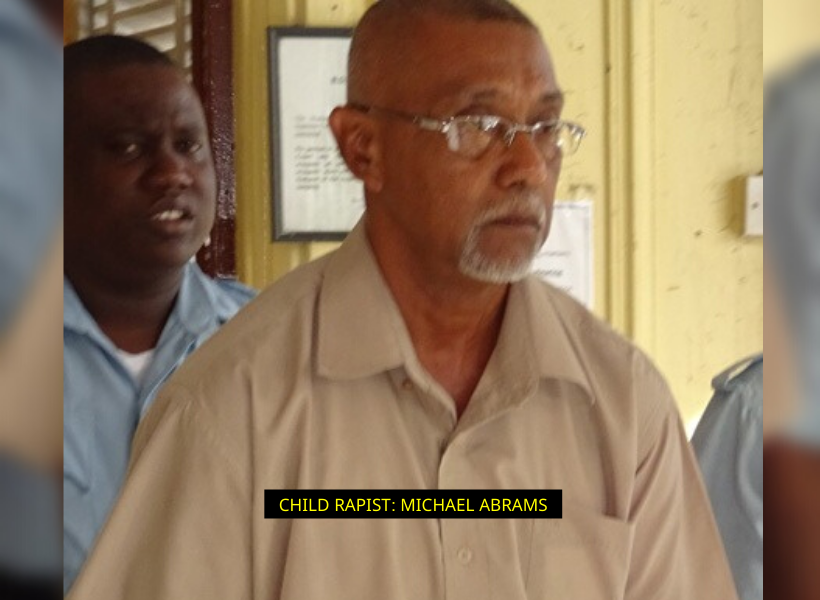 Michael Abrams, who told the court that he is a devoted Catholic was sentenced to life imprisonment back in 2017 after a jury found him guilty on two counts of child rape, has now moved to the Court of Appeal challenging his convictions and sentences.

On December 20, 2017, Abrams was unanimously convicted on the two counts of child rape by Justice Simone Morris-Ramlall in the High Court.

He sexually penetrated the girl sometime between January 1, 2013, and January 19, 2016. On the latter date, he was again found to have sexually molested the child.

The court heard the testimony of Abrams inserting his finger into the young girl’s vagina, and also sodomising her.

Before imposing the sentence, Justice Morris-Ramlall noted the convict’s unrepentance towards the offences committed.

The judge said that his lack of remorse, coupled with the nature of the offences, and the circumstances under which they were committed, had all been taken into consideration before arriving at a sentence.

After handing down the sentence, Abrams appeared shocked and maintained his innocence.

Dissatisfied there, Abrams, through his Attorney-at-Law Glen Hanoman is of the firm belief that the verdict is “unreasonable” and that the sentence imposed was “manifestly excessive.”

Abrams further contends among other things, that the trial judge failed to put his defence to the jury “fairly and adequately or at all” which he says resulted in a miscarriage of justice.

The matter is presently engaging the attention of acting Chancellor of the Judiciary, Justice Yonette Cummings-Edwards, and Justices of Appeal Dawn Gregory and Rishi Persaud.