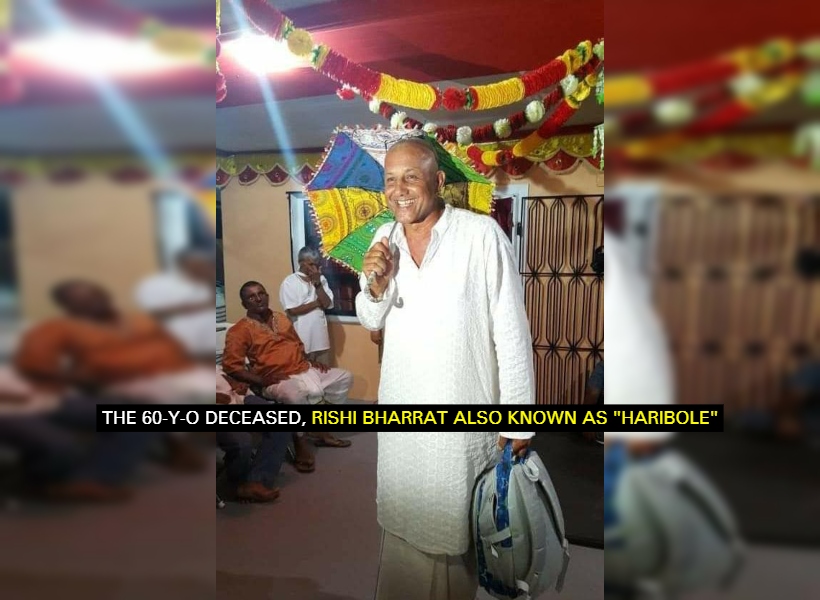 Days before a Hindu priest was murdered, the suspects threatened to rape his daughters, kill him and burn his house.

Dead is 60-year-old Rishi Bharrat of lot 10 Grant 106 Crabwood Creek, Corentyne, Berbice. He was beaten to death by a group of men on Saturday at 22:15hrs in front of his premises.

During an interview with Guyana Standard today a tearful Mrs . Bharrat said, “the men them are always in the habit of gathering in front of we place smoking and drinking, them threaten he the other day and tell he that them gone rape them girls, kill he and burn down the house.”

The tearful woman said that the men would frequently hurl sexual remarks towards her daughters. And as such, the now-dead priest had made a report. She said the police would go and chase the men from in front of their premises but they would still return.

Guyana Standard understands that, “Haribole” was brutally beaten to death by eleven men who were in front of his premises using foul language, smoking weed and consuming alcohol, when he peeked through his window and asked the men to leave, but the men ignored his request.

He then contacted the police but they never responded. As a result, the priest who could no longer tolerate their behavior reportedly armed himself with a piece of wood and confronted the suspects for the second time, and told them to move from in front of his premises.

The men then became annoyed and armed themselves with pieces of wood and began to beat the priest about his head and body.

He then fell to the ground and the men made good their escape.

Fearful for their lives, shortly after the men were gone, Bharrat was picked up in an unconscious state by his family and was rushed to the Skeldon Public Hospital where he was pronounced dead on arrival.

A report was later made, which led cops to apprehend eleven men, who are all in police custody. An investigation is ongoing.

Additionally, Several Senior ranks of the Guyana Police Force (GPF) visited the grieving family on Sunday and expressed condolences, as they guaranteed the family that justice will be served.