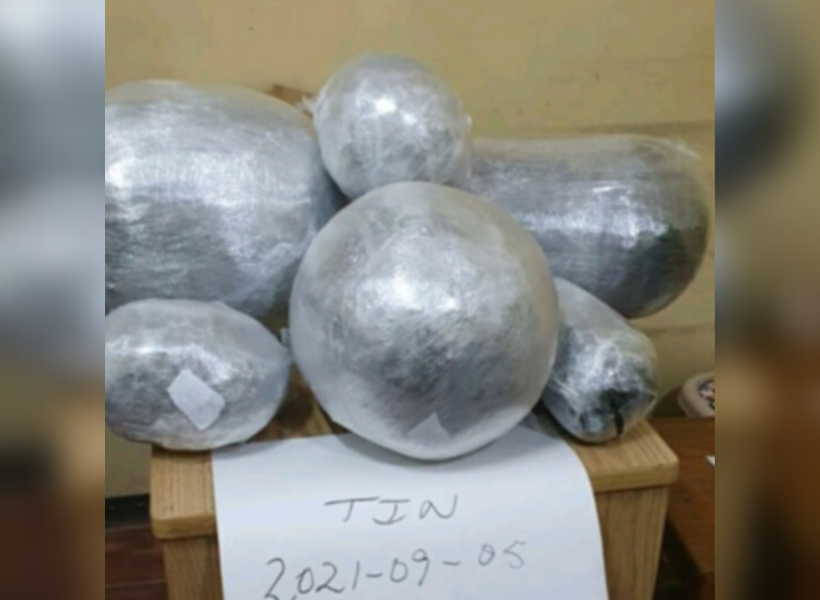 Acting on information, a party of policemen went yesterday around 21:40hrs to the eastern side of the Wismar Bridge, Linden where one silver grey motorcar with registration number PWW 9605 was spotted in the line of traffic.

Upon seeing the ranks approaching, the driver and another male exited the car and fled into the thick vegetation south of the Wismar Bridge.

The ranks gave chase behind them while one policeman managed to stop the said car which was still in drive mode. Two ranks escorted the vehicle to the McKenzie Police Station.

Despite efforts to apprehend the suspects, they made good their escape.

The said car was searched and six bulky wrapped transparent plastic parcels with cannabis leaves, seeds and stems were found in the trunk.

The cannabis was weighed and amounted to 44lbs or 20 Kilogrammes. The estimated street value for the narcotic is $6,600,000.