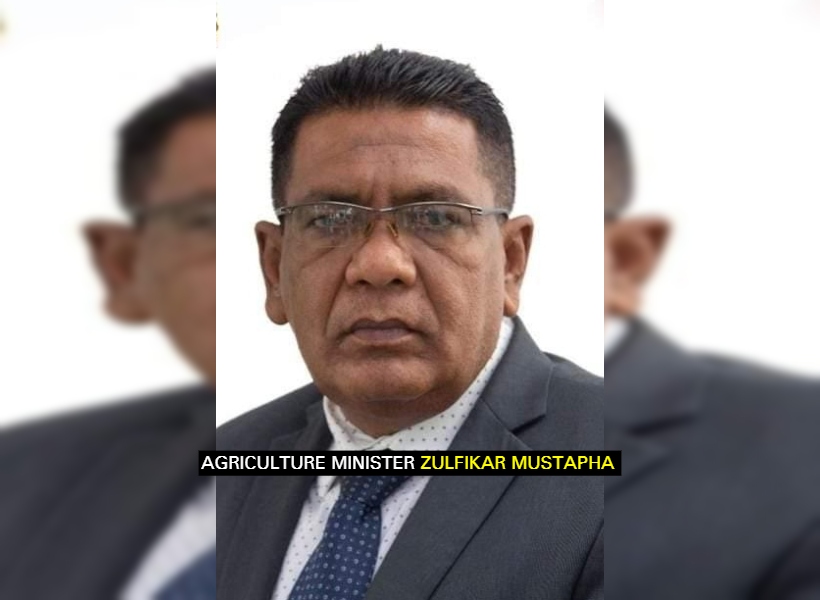 Minister of Agriculture, Zulfikar Mustapha, has dismissed criticisms made by the Opposition about the Government’s flood relief cash grant.

Minister Mustapha said the claims being peddled that the grant is being improperly disbursed across the country is nothing more than “noise”. He assured that every person whose livelihood was affected by the floods will receive assistance.

“I think the people of Guyana should be the judge…we are trying to get everyone on board for it, to ensure that they are captured and as minister I want to reiterate the points that I’ve been making around the country, and all those persons who [would have] suffer losses in the flood will be given relief.”

He said the opposition is overly critical of the Government’s programmes, plans, and policies which seek to put citizens first. The agriculture minister also called on the Opposition to bring forward any evidence of inequitable distribution so that it may be investigated.

“They are criticising because these programmes that we are implementing these are investment in the people of our country, and these programmes will make them irrelevant, people are not bothering with them anymore, so they are trying to create traction making criticism, making false allegations saying that people are being left out… if they have evidence, bring all the evidence, and I want to assure them as minister I will investigate each and every claim they make.”

Earlier on Sunday, Minister Mustapha was in the Mahaica-Berbice region (Region Five) to continue the flood relief distribution exercise. The exercise which is in its third week was a promise made by President, Dr. Mohamed Irfaan Ali after various parts of the country were affected by unprecedented rainfall and floods. So far, persons would have received grants ranging between $45,000 to as much as $10 million, depending on the category the recipients fall into.

While addressing beneficiaries in Region Five, he called on them to make full use of the money. The Government recognises the importance of agriculture and is committed to assisting where necessary.

“We recognise the importance of all our farmers to get back to the land as quickly as possible to get back the livestock we need as quickly as possible. That is why when we were going around when the team was going around to different parts of the country, the team was led by His Excellency the President, he committed that at the end of the day, we will do an assessment. We will try as much as possible to help those cash crop farmers, rice farmers, livestock farmers, and persons who lost household equipment and appliances. Today that commitment is real, the promises that were made by His Excellency and the PPP/Civic Government, we are here now to fulfill them.”

In July, His Excellency, Dr. Mohamed Irfaan Ali announced that over $7.8 billion would be made available to assist persons severely affected by the recent floods. (Extracted and modified from the Department of Public Information)