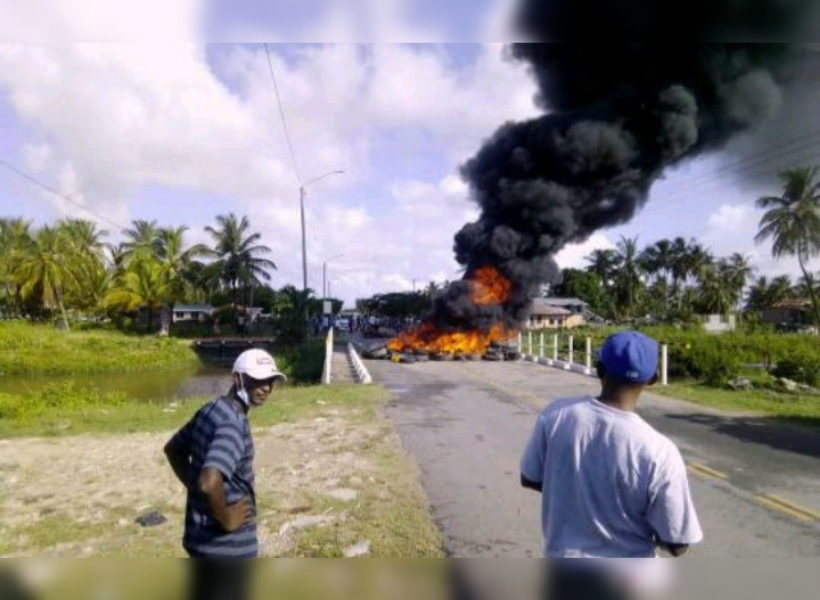 Police sources in Essequibo have confirmed that 24-year-old businessman, Orin Boston was killed sometime around 03:00hrs this morning at his Darmouth, Essequibo Coast home.

Residents have since taken to the streets to protest the man’s death. He was allegedly killed by a law enforcement official.

The Guyana Police Force is yet to issue a statement.

Residents have blocked the Essequibo Coast public road by burning tires and debris. The Guyana Post Office Corporation moments ago, issued a statement saying that operations at its Charity branch have been suspended due to the protest.