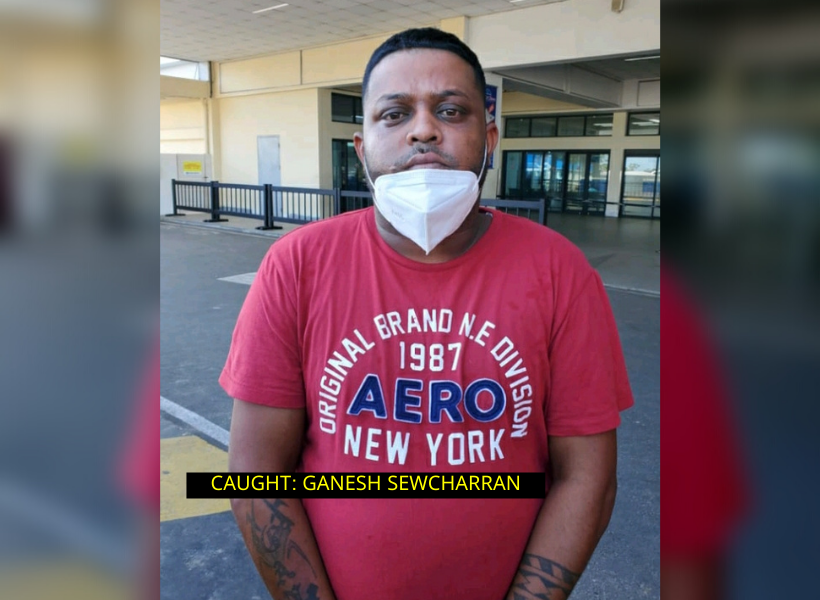 Wanted man, Ganesh Sewcharran, 27, was arrested this morning after he was denied entry into the United States of America (USA).

According to the Crime Chief, Wendell Blanhum, investigators received information that Sewcharran had managed to board a flight to the USA at 17:26hrs yesterday.

The Guyana Police Force then contacted law enforcement officials in that country and informed them that Sewcharran was wanted.

Upon his arrival in the USA, the suspect was denied entry and sent back on a flight to Guyana which arrived at 06:54hrs this morning.

He was arrested by local investigators and placed into custody. Investigations are ongoing.

According to reports, Sewcharran allegedly lit his wife afire on September 13 following an argument.