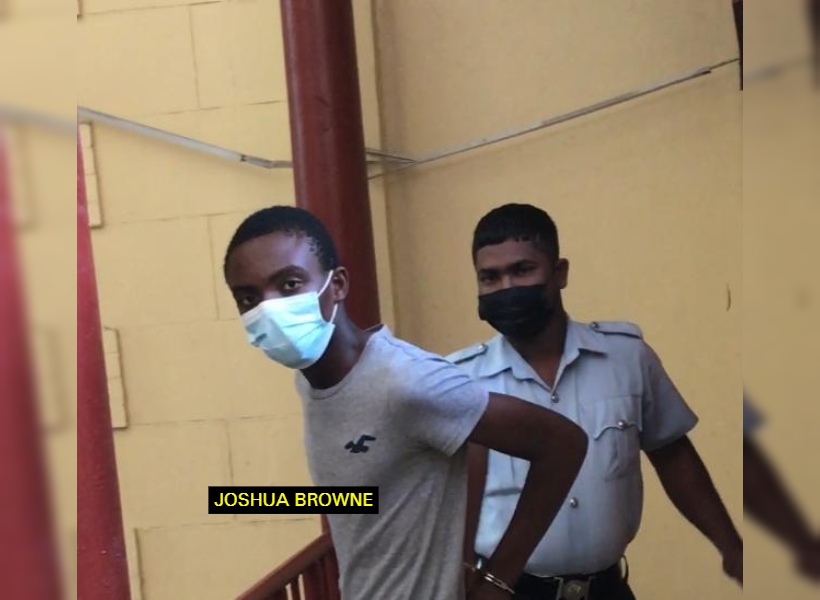 A youth-baker will now be serving time behind bars after he admitted to robbing two persons.

21-year-old Joshua Browne called ‘Biggs’ of Albouystown appeared before Chief Magistrate Ann McLennan at the Georgetown Magistrates’ Court where he was sentenced for the two armed robberies.

He admitted that on June 22, 2021, he robbed a man at gunpoint of four gold chains, a gold band, and a gold ring. Then he admitted to robbing a woman on August 13, 2021, at King Edward Street, Albouystown. He confessed that he robbed Amira Ali of a handbag, cellphone, cash, and documents amounting to $93,000. He denied using a knife to commit the offense.

Browne was arrested by police on September 20 and was pointed out by the man he robbed, during an identification parade, the court heard. The prosecutor also said that Ali was on her way to work when she was approached by Browne. He held a knife to her neck and relieved her of the items. However, Browne said that he robbed Ali but he did not use the knife to do it.

The Chief Magistrate sentenced Browne to two years behind bars for both offenses. She explained that the sentences will be served concurrently.