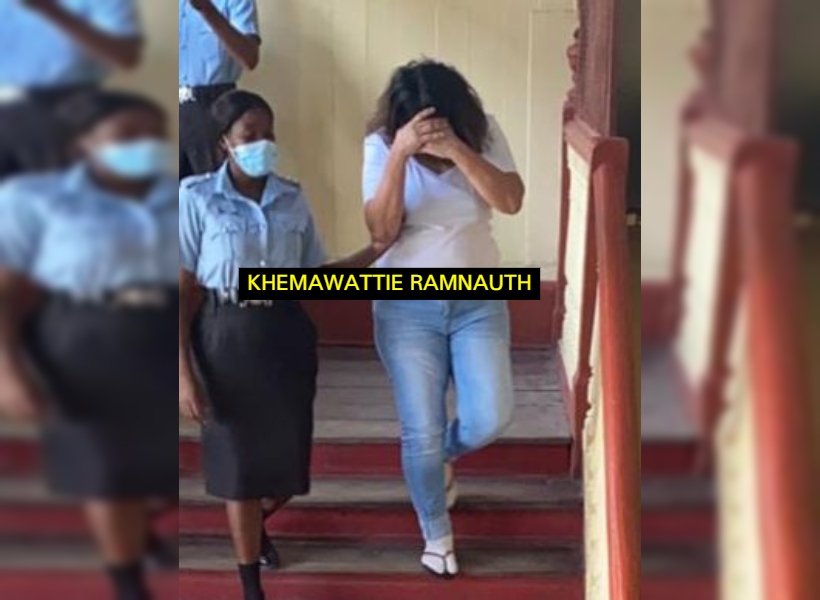 A woman who police say has previous fraud charges was again hauled before a City Magistrate to answer for two new fraud charges.

47-year-old Khemawattie Ramnauth of Lot 51 Public Road, Grove East Bank Demerara, was before Magistrate Dylon Bess at the Georgetown Magistrates’ Courts today when she was granted bail for the charges.

The first charge stated that between February 20, 2020, and August 24, 2020, she obtained from Brian Perriera the sum of $6,500,000 by falsely pretending her name is Latchmin Shiwmabgal, the registered owner of a property situated at Block XXX Zone East Bank Demerara parcel 1107, part of South Ruimveldt, Greater Georgetown and that she was in the position to sell same to him, knowing same to be false. It is also alleged that between February 20, 2020, October 5, 2021, with intent to defraud, she forged one United States of America passport # 454099867 in the name Shirley Shiwmangal with a picture bearing her likeness, purporting to show that same was issued by the United States Department of State, knowing same to be forged.

Ramnauth pleaded not guilty to both charges and was released on $3Million bail for the two charges. She was placed on $2Million bail for the first charge and $1Million for the second.
She will make her next appearance at court on a later date in October.

The court Prosecutor Christopher Morris told the court that the woman was previously charged with similar offenses and was pardoned from serving a prison sentence by former President Granger in 2017.

Morris also said that Perriera went to the Police after he discovered that the land he had paid for was not hers. He told the police that he paid the woman $6,500,000 for the property and later discovered that she was not the owner of the said property.

She was then arrested and it was during the arrest that the police found the passport with her picture and a different name.