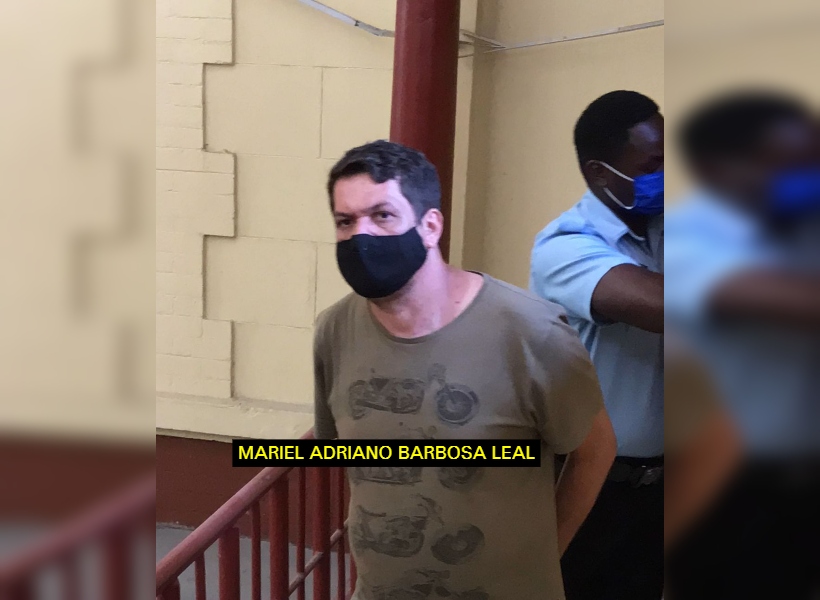 A Brazilian National was this afternoon fined and ordered to be deported after he pleaded guilty to several charges inclusive of stealing monies from Republic Bank Limited.

52-year-old Mariel Adriano Barbosa Leal, a businessman of Brazil, was hauled before Principal Magistrate Sherdel Isaacs-Marcus to answer three charges. He pleaded guilty to the charges which allege that between October 25, 2021, and October 26, 2021, at Republic Bank Limited, Camp, and Robb Streets, he attempted to steal $30,000 from the bank. He is also charged with stealing $100,000 from the bank and conspiracy to defraud, by forging eight Republic Bank ATM cards.

According to the Court Prosecutor, the man entered Guyana on October 24, 2021, at Lethem, Region Nine, and thereafter travelled to Georgetown. He then went to a Casino at Church Street before going to the Republic Bank ATM at Robb and Camp Streets. He was able to withdraw $30,000 cash and attempted to make a $100,000 cash withdrawal.

He was arrested by the bank’s security officer after the attempt failed. The prosecutor explained to the court that the man had eight bank cards, two of which are from Brazil and six being Guyana bank cards. The courts heard that the man used a skim card along with the forged card to withdraw money.

The Magistrate said that the fine was decided on in keeping with the fact that this was the first time he was charged. She added that he did not waste the court’s time and was willing to oblige with any penalty given.