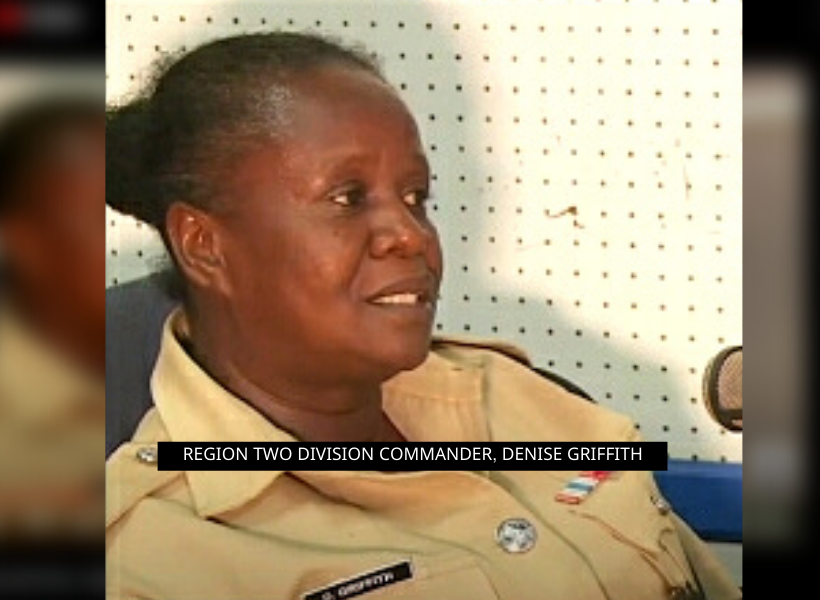 Improving police/public relationship in Region Two is proving to be a challenge, Commander Denise Griffith says. This distrust possibly persists from alleged acts of dishonesty on the part of ranks who operate in the region, she said during the show, “Police and You” hosted by Deputy Director of Communications Stan Gouveia last night.

“From my observation, the relationship between the police – and I’m going to be very frank – is not 90% with the public. A lot of distrust, because maybe of different reasons – some act of dishonesty on the part of some of the police [officers], alleged corrupt involvement,” she said.

The Commander added that since her deployment to the division, she has been reaching out to the public for help to improve the relationship between her ranks and residents.

Touching on allegations of bribery, Commander Griffith said that illicit act involves a giver and a taker, and if a rank demands money, a resident has the right to make a report and to refrain from engaging in the act. The same, she said, goes for ranks who are offered money to turn a blind eye.

“If you’re offering the policeman not to be prosecuted then it is an offer and an acceptance…So if you want us to work together, then members of the public have to seize getting the police involved in acts of corruption. That is one of the challenges, but I can tell you that it has been minimized a lot,” she said.

Last October, Prime Minister Brigadier (retired) Mark Phillips cautioned the Guyana Police Force (GPF) about the dangers of corruption and instructed that a booklet capturing values and standards be circulated within the organisation.

He said that police officers will at some point in their careers be faced with proposals that seek to test their moral compasses, but their integrity must never wane.