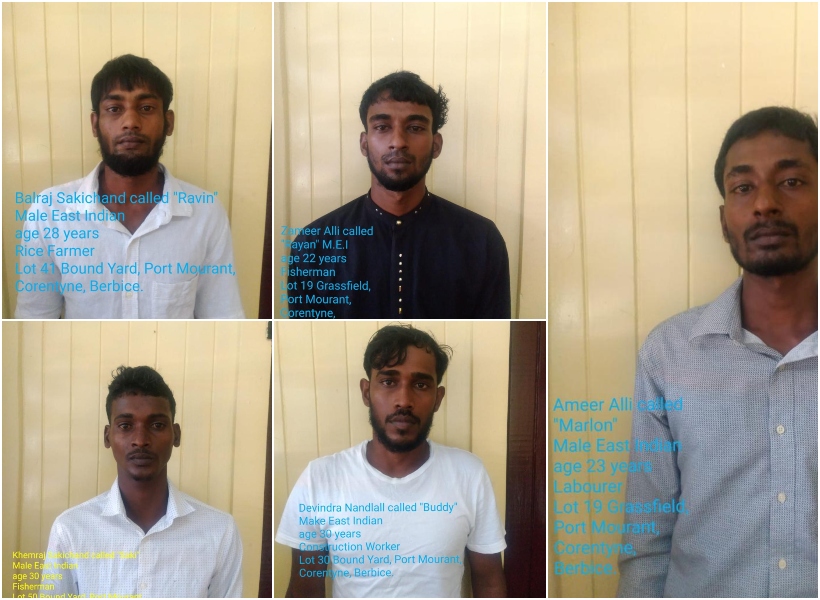 They were all arrested on January 10, 2022 by Detective Sergeant Lynch and charged by Police Constable Nelson under Section 50 of the Criminal Law (Offences) Act Chapter 8:01.

The five accused appeared before Magistrate Alex Moore via Skype, where the charge was read to and they were not required to plea.

Bail was refused and they were all remanded to prison. The case was adjourned to February 1, 2022.