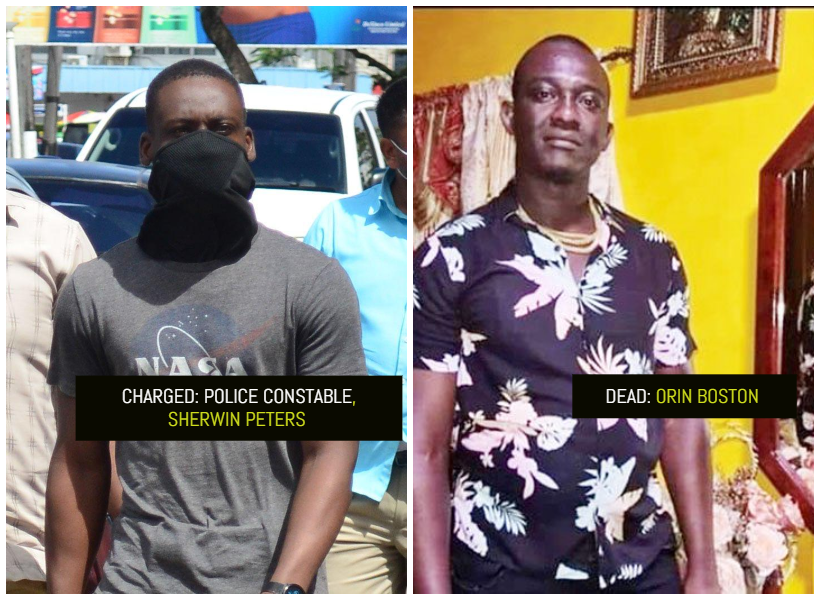 Almost four months after he was shot and killed in his home by a police rank, Orin Boston’s alleged shooter was today charged.

32-year-old Sherwin Peters, a Police Constable of Lot 1869 Central Amelia’s Ward, Linden, was released on $1M bail after he was charged with manslaughter.

He appeared before Magistrate Esther Sam at the Georgetown Magistrates’ Courts. The matter was adjourned until February 1.
Boston, 29, of Hoppie Street, Dartmouth, Essequibo Coast was shot and killed on September 15, last year during what was said to be an anti-crime operation by the Special Weapons and Tactics (SWAT) squad.

The businessman’s death has sparked controversy with accounts of family members differing from the police’s statement about what transpired.

The force said that Boston was killed in a confrontation but his wife maintains that her husband was shot while he was in bed and unarmed. He was rushed to the Suddie hospital after the 4am shooting, where he was pronounced dead on arrival. Following his death, residents mounted protest demonstrations by burning tyres and other debris, blocking the main thoroughfare at Dartmouth.

More than a week after the incident, police had confirmed that the file was sent to the Police Complaints Authority (PCA) for a “review”. After there was no further word, the media called on the Minister of Home Affairs, Robeson Benn and President Irfaan Ali to relate whether the file was being assessed and investigated. Yesterday, it was confirmed that the Directors of Public Prosecution has advised that the officer be charged with Boston’s murder.