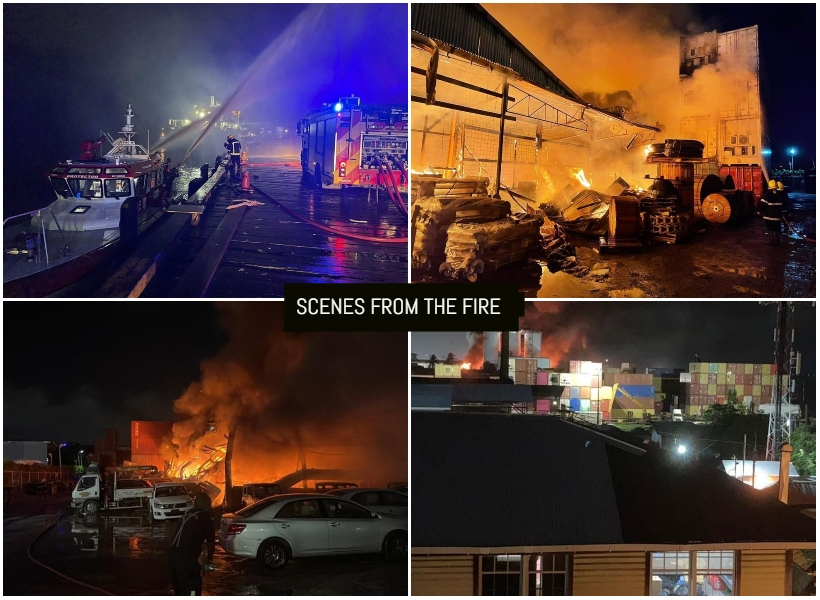 Directors and Management at Guyana National Industrial Company (GNIC) Incorporated have expressed dismay at media reports which suggest that the facility had no requisite fire response systems in place, following a blaze on January 16, 2022, which destroyed the Laparkan Bond.

Since this unfortunate incident, the GNIC said there have been several “misleading and inaccurate” reports which were published via some media houses.

The company said that in the absence of an official report from the GFS and the GPF, it is now forced to refute these “erroneous allegations”. Contrary to media reports, the company said that its Fire Prevention System meets the basic requirements of the Statutory Safety and Fire Requirements inclusive of a Fire Plan and Response Mechanisms.

It is significant to note however that it was the GFS that issued a report informing the media that the facility had no fire prevention systems in place.

An excerpt from the statement issued said: “The GFS continues to encourage the use of firefighting and other safety equipment. In this particular instance, the facility did not have any means of fire prevention. There were no smoke detectors, fire extinguishers or fire hoses installed in the building.”

But the GNIC said that all of its department were outfitted with an adequate complement of fire extinguishers and went on to label the media’s reportage as “unfortunate and rather ludicrous”.

The company also refuted the claim that fire might have been caused by improper storage of chemicals. “GNIC operates a specialized facility for the storage of chemicals. That facility was designed and constructed under the auspices of the Environmental Protection Agency, which has since provided the necessary approval for the storage facility. This facility is far removed from the Bond Area where the fire occurred, hence the erroneous reporting in our opinion can only serve to create unnecessary alarm and ignite fear in the public domain,” the company noted.

Additionally, GNIC said that in pursuance of its responsibilities under the ISPS Regulations, it operates a Close Circuit Television Monitoring System (CCTV) on a 24-hour basis. Central to this system is the positioning of a wide range of cameras in a number of strategic areas on the Wharf and Bond among other.
It added that its personal Security Department is in the process of its own investigation as to the origin of the Fire. So far, the department has conducted a review of the CCTV Footage in the presence of the GFS and the GPF and has since handed over the footage to the respective Agencies.

“It is rather strange that during the joint review there has been no conclusive evidence of the alleged arson which seems to be now circulating in the press by certain Media Houses…In the circumstances, GNIC wishes to request that the media refrain from making allegations and/or unsubstantiated claim about this particular incident to all and sundry.”