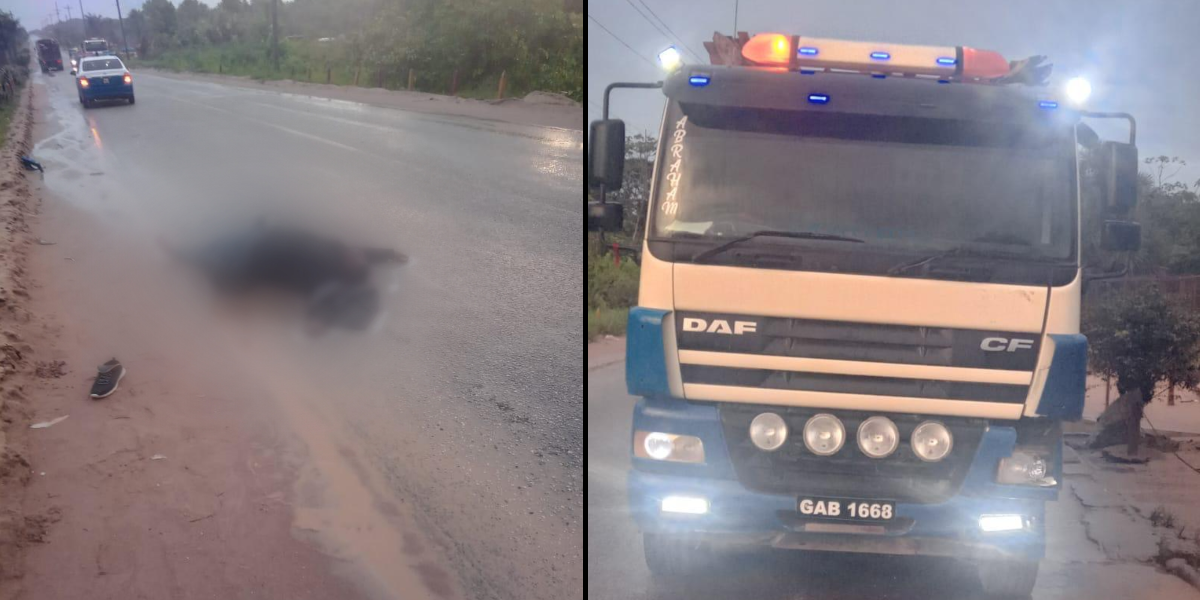 An early morning accident at Madewini, Linden-Soesdyke Highway on Friday has claimed the life of a man, whom cops are yet to identify.

Guyana Standard understands that the man was struck down by a lorry, GAB 1668, sometime around 05:30hrs. The vehicle was being driven at the time by Orael Davis, a 28-year-old man of Mackenzie, Linden.

Cops say that the lorry was proceeding north along the western side of the highway, when the pedestrian, who was sitting on a tyre on the side of the road, suddenly ran from the west going east and into the path of the motor lorry.

The driver then applied brakes but because of the short distance, the vehicle collided with the pedestrian. As a result, the man fell onto the road’s surface and received injuries to his head and body.

He was picked up in an unconscious condition by the police and was taken to the Diamond Diagnostic Center, where he was pronounced dead on arrival.

The body was then escorted to Carmen’s Funeral Home for storage, where it awaits identification and a post-mortem examination.

Traffic Ranks from Police Regional Division 4 ‘B’ visited the scene and took measurements, statements, and photographs of the vehicle.

The driver was administered a breathalyzer test but no trace of alcohol was found in his system. He is in custody assisting with the investigation.