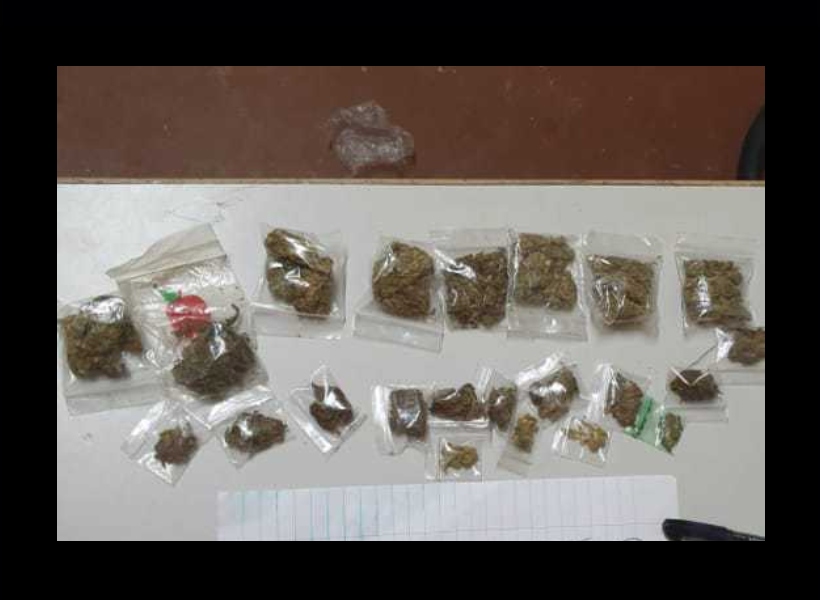 On Friday, a party of police ranks conducted a search at the home of Clairmonte Barnes, called ‘Rastaman’ or ‘Chubby’, a 65-year-old businessman of Middle Walk Buxton, ECD, who is presently before the court for Possession of Narcotics for the Purpose of Trafficking.

A 17-year-student of an ECD Secondary School and of the said address was at home at the time of yesterday’s police operation.

A search was carried out in his presence and that of an uncle who was with him at home.

Cops found a transparent bag stashed in the ceiling of the house. It contained 22 ziplock bags with a quantity of marijuana leaves, seeds and stems.

The discovery was brought to the attention of the 17-year-old and his uncle, who were both arrested and escorted along with the cannabis to the Vigilance Police Station.

The narcotics was weighed in the presence of the 17-year-old and the uncle and amounted to 37.2 grams. Investigations are ongoing.