Home Court Complainant’s evidence reveals attorney was “spitting up” while talking; did not deliberately... 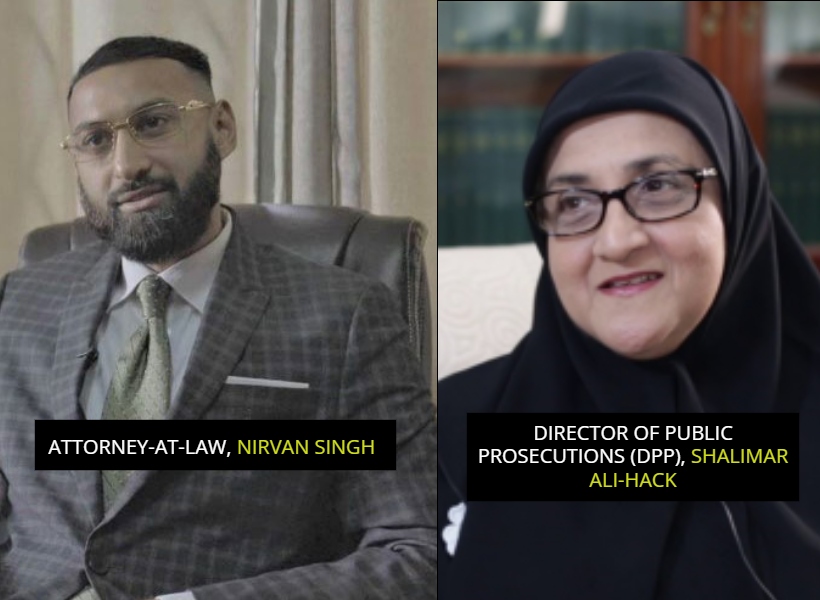 The Director of Public Prosecutions (DPP), Shalimar Ali Hack landed in hot water earlier this week when she discontinued a charge against a lawyer accused of using racial remarks, as well as allegedly spitting and slapping an Afro-Guyanese policewoman at his residence last month.

The DPP dropped the charges and initially, no explanation was given. The People’s National Congress Reform (PNCR) of the main Parliamentary Opposition bloc, the A Partnership for National Unity + Alliance for Change (APNU+AFC), later labelled the discontinuation of the charge as a “coverup”.

The lawyer, Nirvan Singh, is the son of former Chancellor of the Judiciary, Justice Carl Singh.

The release from the DPP Chambers is below:

The Office of the Director of Public Prosecutions (DPP) wishes to state that the police file in the above captioned matter was forwarded to these Chambers on April 11, 2022 for legal advice that was given and the file returned to the Guyana Police Force on April 24, 2022 with the following legal advice therein:
“Section 2 of the Racial Hostility Act, Chapter 23:01 states, “A person shall be guilty of an offence if he willfully excites or attempts to excite hostility or ill-will against any section of the public or against any person on the grounds of their or his race –
(a) By means of words spoken by him in a public place or spoken by him and transmitted for general reception by wireless telegraphy or telegraphs; or
(b) By causing words spoken by him or by some other person to be reproduced in a public place from a record; or (c) by means of written (including printed) matter or pictorial matter published by him.”

The elements of this offence is;

Here again, the evidence is not consistent with the offence creating a section of the Act as the words used by the suspect were not spoken in order to excite others to act with hostility or ill-will against the complainant.

With respect to the allegation by the complainant of being spat on by the suspect, there is inconsistency regarding this allegation. The alleged incident occurred on the 20th March, 2022 at about 22:13 hours at the residence of the suspect. The said night the virtual complainant in her written report in the police diary which is attached to the file, stated “…I was verbally attacked by Mr. Carl Singh son with racial slurs and was asked to leave the compound however, I was about to document in the diary what was taking place; but after feeling threat for my life. Because he was in front of my face spitting up where I could smell the high volume of alcohol on his breathe I pick up my belongings, I step out off the location…”

This written report on the night of the incident does not state that the suspect willfully spat on the complainant.

The statement of the complainant which is dated the 21st March, 2022, the day after the alleged incident, states on page 2 that the suspect “spit in my face” and “stepped away from the door.” As was pointed out before this accusation was not reported in the police diary on the night of the incident when the events would have been fresh in the mind of the complainant.

She also said in the said statement of March 21, 2022, “when Mr. Singh approached the hut door again and continue shouting, with spit from his mouth spraying in my face, get out of yard, get out of my yard.” Based on her evidence as a whole, it is clear that he was “spitting up” while speaking and it was not a deliberate act of spitting.