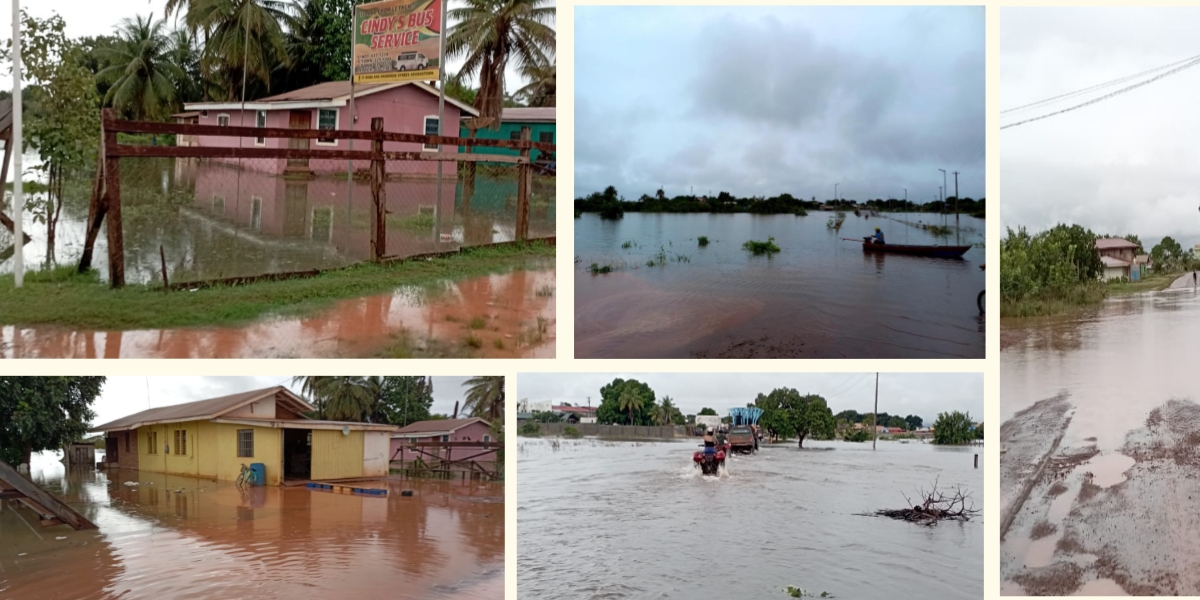 Due to the consistent rainfall in the area water levels continue to rise from deep South to the South Pakaraimas. Several communities and farms are inundated resulting in the relocation of families.

Working with the Regional Democratic Council (RDC), Lethem Town Council (LTC) and Ministry of Local Government and Regional Development (MLGRD), a shelter managed by the LTC, to house approximately seven (7) families has been established at the Tabatinga Sports Complex in Lethem. Impacted residents have transitioned to the facility today.

Additionally, the Commission has activated its Regional Disaster Risk Management Center (RDRMC) to serve as a secondary shelter to accommodate more displaced persons which are set to be housed there today.

The CDC is also working with Regional and Municipal Authorities to deliver water purification tablets, water containers, cleaning hampers and other essential supplies.

Two small-engined boats will also be deployed by the CDC to aid the RDC. Volunteers from the CDC Volunteer Corps, along with an experienced shelter manager, are assisting the Town Council to coordinate the relief effort.

The Hydrometeorological Service forecasts significant and consistent rainfall countrywide for the next 24 hours and as such, the Commission along with relevant agencies are monitoring all Administrative Regions. Rainfall will measure at least two inches (60mm) in Southern Guyana and one inch (30mm) in the North. Residents of low lying, flooded and flood prone areas are urged to be vigilant and to take precautions where necessary.