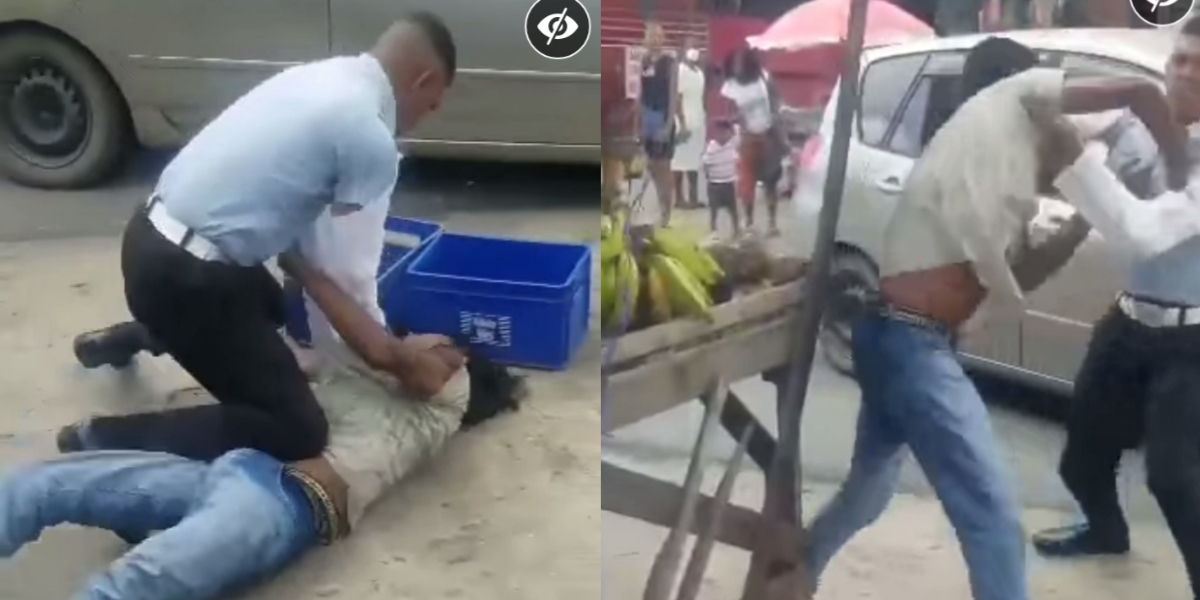 Commissioner of Police (ag.) Clifton Hicken has expressed his dissatisfaction with a physical altercation between a police rank and a member of the public which was captured in a video that is circulating on social media.

In the video, the police rank is seen involved in a scuffle and trading punches with a civilian whom he was trying to arrest.

The Top Cop said an investigation will be done with some degree of alacrity in an effort to mitigate this type of behaviour.

Hicken is also appealing to the public to cooperate with the police, and vice versa.

“The police do not and cannot operate in isolation, thus the need for partnership and cooperation between the Police and the public – one that should be premised on mutual trust and cooperation while exploring every avenue to maintain law and order in society,” Hicken posited.

The Top Cop is assuring the public that the Police Force is working on postures and strict adherence to Standard Operating Procedures aimed at ensuring that ranks are professional in the discharge of their duties, even in the face of harassment and intimidation from non-cooperating civilians.