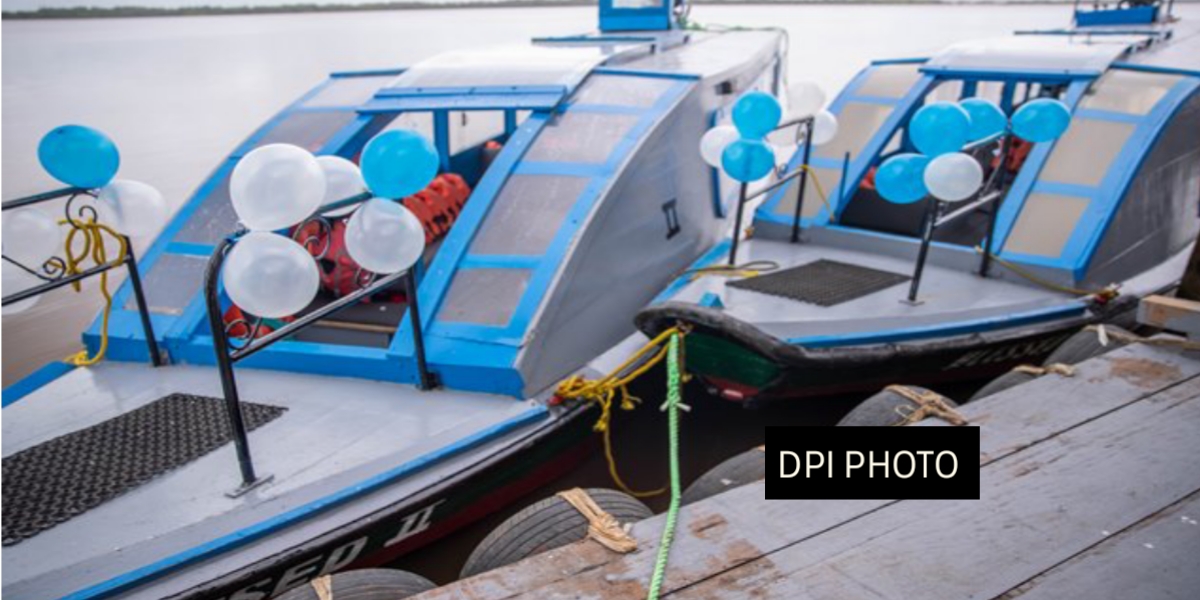 The resuscitation of the river taxi service between Rosignol and New Amsterdam has granted the People’s National Congress Reform (PNCR), a rare “I told you so” moment.

The service, which as initiated by the PNCR-led Coalition government in 2018, was disbanded by the government soon after it won the March 2020 Elections.

The PNCR had indeed warned of the economic hardship the suspension could have on commuters. Now that the government has admitted that the recommissioned service was birthed by residents’ request, the PNCR has not failed to remind the nation of its commitment to the people of Region Six.

It has also labelled the initial suspension of the service as one of the many “casualties” chalked up by the government’s “vindictiveness” campaign since 2020.

“Two years ago, however, the entire operation was callously scrapped by the PPP government for purely political reasons and to serve the selfish business interest of the Berbice Bridge owners.

“We have however noted that residents of Berbice have forced the PPP regime to restore this much-needed boat service on Friday,” the party said.

It added that the boats, Blessed I and Blessed II, were commissioned in 2018 by then Minister within the Ministry of Public Infrastructure, Annette Ferguson, at the New Amsterdam Stelling.

“The PPP was compelled to restore the boat service after numerous and persistent complaints from residents on both sides of the river. Even at the outreach of 2nd Vice President Bharrat Jagdeo in Bath (WCB) last month, several PPP supporters openly demanded that the free and convenient service they enjoyed under the coalition should be restored,” the party noted.

It added that the restoration of the boat service “should remind all citizens that their voices and demands can force the PPP to come to its senses and do what is right and just for the people of Guyana”.

The service will be accessible from Monday, May 30, between 7 and 9 am and from 3 to 5 pm on weekdays. Minister of Public Works, Bishop Juan Edghill on Friday commissioned two boats at the New Amsterdam Transport and Harbour Stelling.