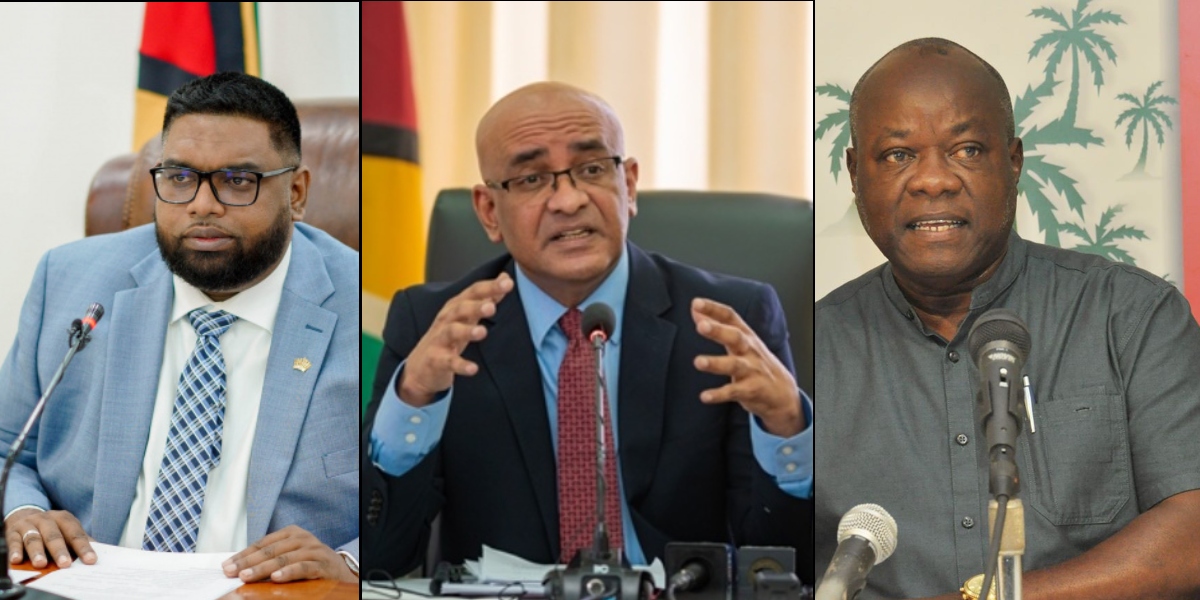 President, Dr Irfaan Ali’s move to establish a Commission of Inquiry (CoI) into the highly contentious March 2020 General and Regional Elections continues to be smeared with ridicule by the Opposition’s main pillar, the People’s National Congress Reform (PNCR).

The party has opined that the impending process is merely a deliberate attempt by the government to distract the nation from the unfolding of a series of events that has implicated the country’s Vice-President (VP), Bharrat Jagdeo in a bribe-taking scandal involving a Chinese businessman and supposed “middleman”, Su Zhi Rong – the VP’s friend and tenant.

While the controversy has yielded mixed reactions from the public, the PNCR has already condemned Jagdeo, even as it calls for an independent probe into the allegations that were churned out by a US-based media house, VICE News. The entity has since admitted to infiltrating a group of prominent Chinese businessmen to gain intel on the supposed “under the table” sell out of state-owed resources by a “corrupt” Jagdeo. But the VP has branded the episode titled “Guyana for Sale and Moors Rising”, as merely an attempt to convey an erroneous “China takeover” narrative to US audiences.

Nevertheless, the revelations made by VICE News have become a major feature in the Opposition’s long-held claim that the Irfaan Ali-led regime is engaged in “large-scale corruption”. In a statement earlier today, the PNCR drew a nexus between VICE News’ allegations and the establishment of the Presidential CoI.

It said, “The President’s decision to set up a Commission of Inquiry into the 2020 General and Regional elections is a clear indication that it is aimed at distracting people from the alleged bribery and corruption scandal involving the embattled Vice President and to put stumbling blocks in the way of the (Elections Petitions) which the PPP knows will succeed.”

It added that the COI will impact the outcome of the election petitions currently before the country’s judicial system. Further, the PNCR claims that the judicial process “is far superior to that of a CoI”, positing that “there is no need for a parallel non-binding process that has no judicial finality”.

Ironically, the same concern of judicial finality was not expressed by the PNCR when it, weeks ago, gave support to its nominated trio at the Guyana Elections Commission (GECOM) for an internal review of the March 2020 Elections. It, instead, posited that GECOM is the independent body responsible for elections, emphasising that the electoral machinery has a duty to the citizenry to act impartially and provide answers.

However, “providing answers” to what went wrong during that process was not the specific opposition- expressed intention of the review. At least this at was not what was communicated to the nation by the Opposition-nominated Commissioner, Vincent Alexander, who specifically said that the findings would form part of GECOM’s submissions to the government-proposed changes to the Representation of the People Act (ROPA).

Those proposed changes to the Act were inspired by the unfortunate events that took place during and after the votes were cast on March 2, 2022.

The PNCR is demanding that the Opposition and the Government agree on finalising the terms of reference, “if only to reduce potential bias”.

“A fair and impartial process also allows the nation to see the plethora of evidence on electoral malpractice by the PPP in the recently concluded 2020 General and Regional Elections,” the PNCR noted.