At around 13:00hrs yesterday, a team of police ranks acting on information received went to Wales Public Road, West Bank Demerara (WBD) where they observed one Nicholas Osborne, sitting on a bicycle in the vicinity of the Wales Police Station.

As the ranks continued to observe, they saw motor car PAB 228, which was at the time driven by Davanand Rambarran, who was the lone occupant, drove up alongside Nicolas Osborne and handed him a black bulky plastic bag, before driving off.

Osborne kept possession of the bulky plastic bag and rode off on his bicycle in the direction of the police ranks. He was pursued by the cops and was subsequently apprehended along with the black plastic bag which contained a quantity of cannabis leaves, seeds and stems. 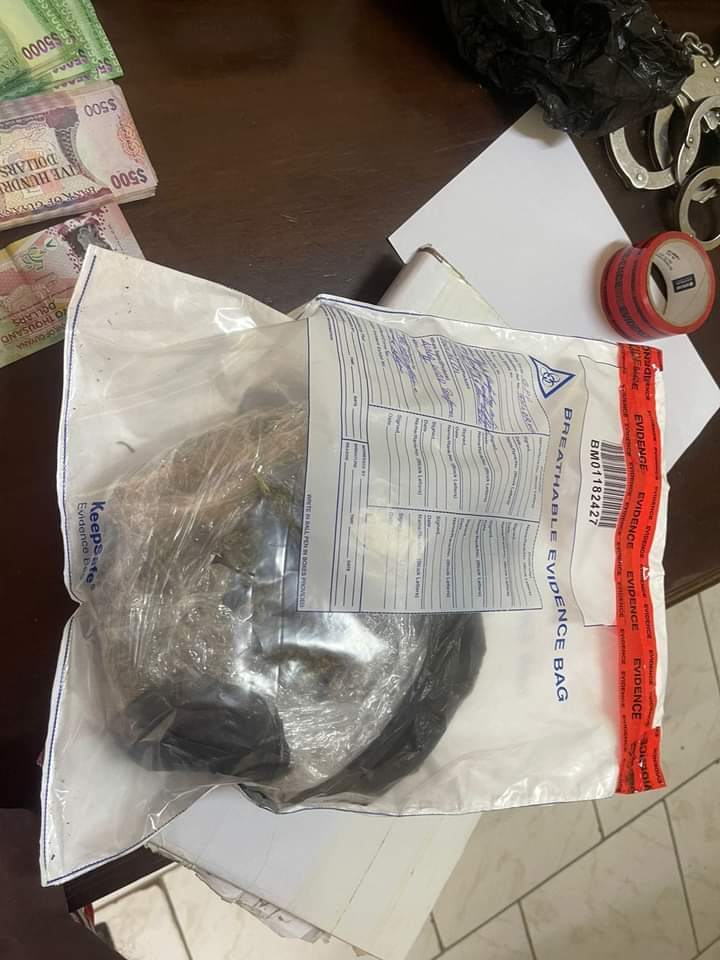 The cops then carried out a search on the person of Nicholas Osborne and found what appeared to be a toy gun. He was escorted along with the cannabis and the toy gun to the Wales Police Station.

The ranks then went to the home of Davanand Ramcharran of Vriesland WBD, where he was contacted by a Detective Constable and told of the offense.

At the station, the cannabis was weighed by the police, in the presence of Davanand Ramcharran and Nicolas Osborne and it amounted to 481 grams.

The cannabis was placed into a transparent evidence bag, sealed and marked. The two suspects were escorted to the Parfaite Harmonie Police Station, where they were placed into custody.

On the very date, about 14:35hrs, a woman identified as Seeranie Rameshwar of Schoonord, West Bank Demerara, went to the Parfaite Harmonie Police Station, where she contacted a police rank, in the presence of another rank, and told him that she will offer him $300,000 cash to have the offence against her brother, Davanand Rambarran, withdrawn.

The rank then informed the Cadet Officer of Seeranie Rameshwar’s intention. She subsequently made her way to the Criminal Investigations Department at Parfaite Harmonie Police Station to hand over the sum of money to the rank. It was during that time she was arrested, told of the offence, cautioned and placed into custody. The sum of money was counted in her presence and it amounted to $280,000. 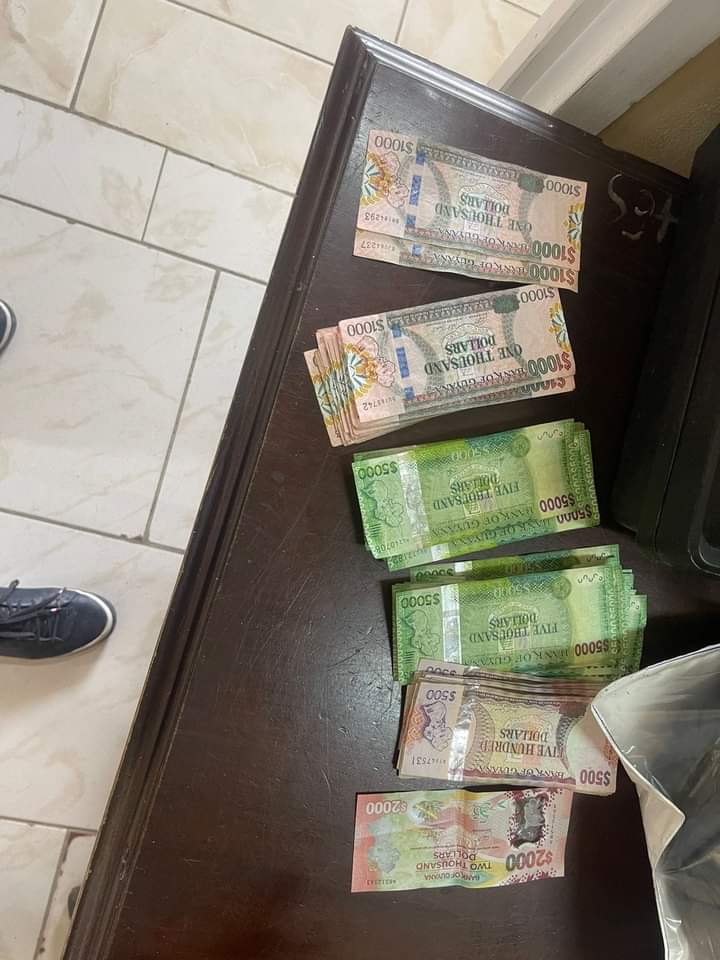 Same was placed into a transparent evidence bag, marked, sealed and lodged with the Station Sergeant.

She was also placed into custody.

Investigation into the matter continues.