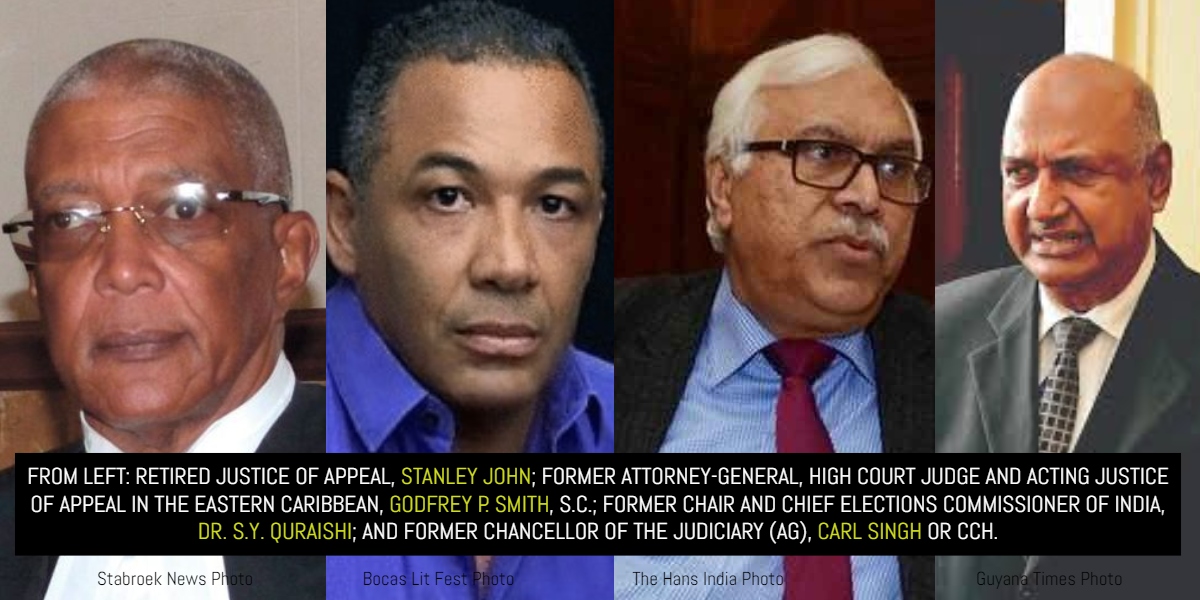 The Terms of Reference (ToR), which will outline the scope and “jurisdiction” of the Presidental Commission of Inquiry (CoI) into the controversial March 2020 General and Regional Elections will be drafted soon, Guyana’s Legal Affairs Minister and Attorney General, Anil Nandlall has said.

Guyana’s President, Dr Irfaan Ali has already named several persons who will constitute the CoI, even as several ex-elections officials are before the courts facing charges over their conduct during that electoral process.

The lingering question is whether the State will discontinue the charges against the former Chief Elections Officer (CEO), Keith Lowenfield, his Deputy Roxane Myers and Returning Office, Clairmont Mingo.

The country’s Vice-President, Bharrat Jagdeo, conveyed the unlikelihood that the State will take that route, specifically as it relates to the charges levelled against Lowenfield. It is expected that a similar stance would be taken about the charges against Myers and Mingo.

“The State, as far as I know, is not going to ask that the charges against Lowenfield be dropped. There is no such intention – that I know of,” he said during a press conference yesterday.

President Ali’s naming of the CoI members came on the heels of the Guyana Elections Commission (GECOM) Head, Justice (retired) Claudette Singh disagreeing with a call made by Opposition-nominated commissioners for an internal review of the elections. It was their view that the findings of that review form part of the Commission’s submission to the government-proposed changes to the Representation of the People Act (ROPA), the legislation that governs elections.

Changes to the law were prompted following rigging allegations during the prolonged electoral process that concluded exactly five months after votes were cast, branding the March 2020 electoral process with the dubious characterization as the “longest elections in Guyana’s history”.

According to Nandlall, more details about the parameters of the CoI will be included in the Terms of Reference (ToR), which is expected to be drafted soon.

“The Terms of Reference will have to be drawn up, and that would determine the jurisdiction and the parameters within which the Commission will conduct its work,” he said before adding that “much more information will be forthcoming in due course”.

“That is as much as I would like to say on this Commission of Inquiry,” he added.

The President announced on Tuesday, that the CoI will be chaired by retired Justice of Appeal, Stanley John, and will include former Attorney-General, High Court Judge and Acting Justice of Appeal in the Eastern Caribbean, Godfrey P. Smith, S.C.; Former Chair and Chief Elections Commissioner of India, Dr. S.Y. Quraishi; and Former Chancellor of the Judiciary (ag), Carl Singh OR CCH.