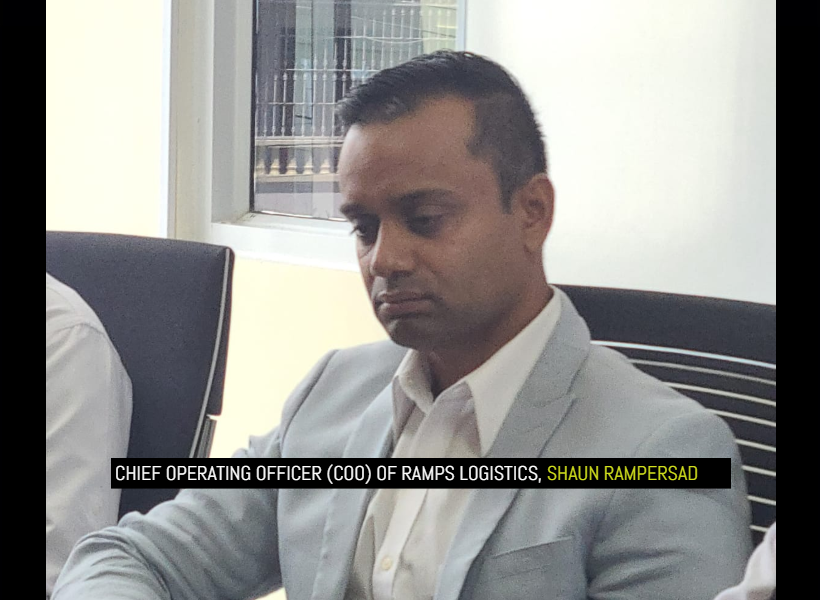 The mood within the Government of Guyana is that it will spare no efforts in ensuring that all the provisions of the Local Content Act are fully adhered to; and, if Ramps Logistics, or any other company for that matter, don’t like this state of affairs, they can grab their proverbial bats and balls and leave.

According to well-placed, and usually reliable sources, Ramps Logistics have made several attempts to skirt Guyana’s Local Content Act.

Earlier today, Ramps Logistics, originally a Trinidadian company, informed the media of the fact that it was denied its local content certificate which is necessary for it to be able to operate in the oil and gas sector.

Chief Executive Officer (CEO) of Ramps Logistics, Shaun Rampersad basically painted a picture to the effect that the company did everything required by the law, and operated within the spirt of the law when it went about divesting its shares. The company sold 51 percent of its shares to Deepak Lall.

Lall is a Trinidadian whose father and grandfather are Guyanese. He only became a citizen and got his Guyanese passport last year. Partnering with Lall is an attempt to confirm with the requirement for any company that wants to operate as a subcontractor in the oil sector to be majority owned by one or more Guyanese.

Rampersaud said the company tries its utmost to keep its operations above board and has not been involved in any attempt to skirt the law.

However, well-placed and usually reliable sources told Guyana Standard that, “We have proof that they are trying to circumvent the law.” Sources say that in an effort to secure its local content license, Ramps Logistics tried at least four different “schemes.”

In one display, Ramps Logistics made arrangements for five of its top local employees to buy shares within the company totalling 51 percent. The “crazy” thing about that “scheme” is that each employee was furnished with a loan in order to secure their buy-in. The loan, according to reports, came from a Ramps Logistics sister company in Barbados. When this was put to Rampersaud this morning he said that indeed, while Ramps was exploring possibilities, it considered having the employees buy-in. However, he said that that never materialized.

The source said that in another attempt, and this is the one involving Lall, “they found someone whose grandfather and father are Guyanese. These people move away from Guyana donkey years ago and sew seeds elsewhere, never looking back. They guy only decided he wanted a Guyanese passport when he saw an investment opportunity.”

Guyana Standard understands that Lall lives in Trinidad, the home country of Rampersad’s business. At the press conference earlier today, the CEO admitted that he has a long working relationship with Lall who operates a successful company in Trinidad too.

A government source said that there are at least two other known attempts by Ramps to skirt the law. “But we can see that there is no real intention to genuinely comply with the act, within the spirit of the act. Instead, is a whole bunch of trickery.”

Reports are that time is now of the essence for the company to secure its licence in order to be in compliance for a US$5M contract that is in the proverbial pipeline.