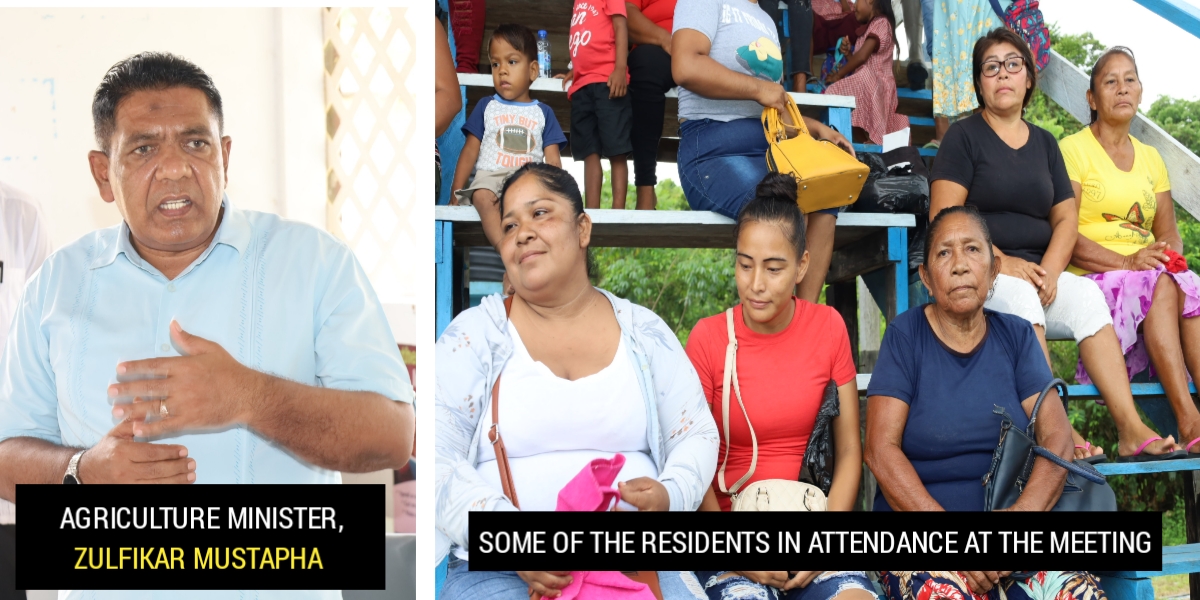 Agriculture Minister, Zulfikar Mustapha is setting the stage for Region Seven farmers to satisfy the demand for cassava in Barbados.

Cassava is of particular importance to the CARICOM region which has an annual food import bill in excess of US$4 billion. Two of the top 10 imports for the region by value are corn (mainly for poultry feed) and wheaten flour (mainly for the production of bread).

Cassava demand has grown over the years given its potential to replace 400,000 metric tonnes of wheaten flour in CARICOM countries; substitute up to 40% of the corn in poultry rations without adverse effects as well as a portion of other animal feeds; be more widely consumed as a healthy, staple food; and on its own, address approximately 5% of the food import bill for the region.

Minister Mustapha told the farmers during a recent meeting that there was a great demand in Barbados for cassava flour and that Guyana was the only country in the region that was able to meet that demand. He told the farmers, most of them who cultivate cassava, should take advantage of this opportunity while adding that the ministry was willing to make the necessary resources available to facilitate increased production, processing and packaging.

He was keen to note that the ministry has already made over 50 cassava mills available to villages in Region Nine.

Mustapha said, “We can make mills available to communities here so that you can produce cassava flour too. Through the New Guyana Marketing Corporation (GMC), we can also assist with facilitating the necessary processing and packaging to make these products attractive because we are promoting value-added production.”

Minister Mustapha was keen to note that the foregoing marketing initiative is another testimony of the government’s intent to keep agriculture on the front burner.

During the meeting as well, several farmers sought the assistance of the minister on providing technical support for other crops to cultivate based on the various soil types in the region as well as how to best address pest and disease management. Other farmers requested assistance in the form of better drainage for their farmlands, planting materials to expand their cultivation, shadehouse materials, and farming equipment such as gardening tools, among other things.

The official noted that many of the requests could be handled in the short term while others would require more planning for effectiveness.

He said, “In terms of technical support, our extension teams from the Guyana Livestock Development Authority and the National Agriculture Research and Extension Institute (NAREI) will return to the villages within a week to meet with the farmers and develop a plan of action. I’ve already committed to having NAREI facilitate the necessary soil testing and guidance so that the farmers can be planted. The New GMC will also collaborate on this aspect.”

Mustapha said too that extension services will also be ramped up. From next week, he said extension officers will have to meet with these farmers at least once monthly.

Guyana Standard understands that GLDA will also work with farmers to increase their livestock production since many farmers said they needed assistance in that area.

Farmers who attended the session this week hailed from River’s View, Karrau, Batavia, Kartabo, Falmouth, Itaballi, and Westerbeck. The visit was part of a two-day outreach to the region following a commitment made President Dr. Mohamed Irfaan Ali who visited the region last week.