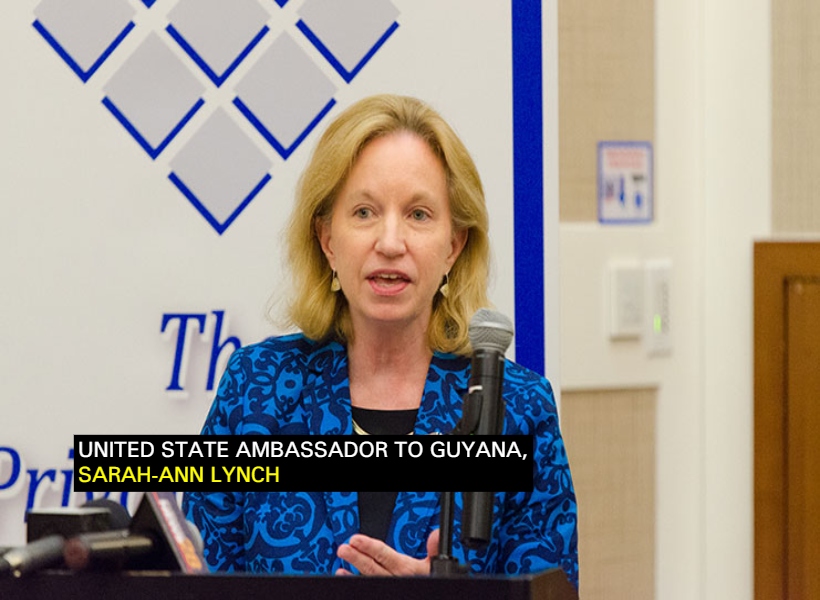 Government authorities in Guyana, along with top officials from the U.S Department of State’s Bureau of International Narcotics and Law Enforcement Affairs (INL) and the National Center for State Courts (NCSC) officially opened today, a multi-agency workshop on asset recovery.

Expert speakers from across the Caribbean, Canada, and the United Kingdom were also present.

During her remarks, Ambassador Lynch noted that the workshop is an initiative under the Caribbean Basin Security Initiative (CBSI) Anti-Crime Programme, which Guyana has been a signatory since 2010.

Through this programme, the envoy said the United States aims to help strengthen the capacity of the justice sector to respond effectively to criminal activity and ensure citizen security. She explained that the programme takes a regional approach to tackle narcotics, trafficking, and other forms of serious organized crimes through asset recovery and robust anti-money laundering measures.

The Ambassador was keen to note that the aim of criminals, especially of complex, organized crime networks, is the pursuit of financial profit. Referencing a 2017 report released by Global Financial Integrity, the envoy noted that the global business of transnational crime is valued at around $2 trillion USD annually. She said these staggering figures highlight the scale of the economic cost of crime, “but we know that the social cost is equally significant.”

The Ambassador said, “…we know that when criminals enrich themselves, it isn’t a victimless crime and asset forfeiture helps bring some justice. By depriving criminals of their ill-gotten gains and ensuring that in the long run ‘crime doesn’t pay,’ we can disrupt their criminal activities. To do so effectively, we must also adapt, deploy our resources carefully, and work together on investigations and prosecutions.”

Ambassador Lynch noted that Guyana has a mélange of legislation that provides for asset recovery. She asserted however that there is a need to build capacity on how to effectively implement and use these laws. The US official said the purpose of this workshop is to do just that.

“We come together to enhance our knowledge of the law and share regional and international best practices. This will build expertise in conviction-based and non-conviction-based asset recovery in Guyana…,” expressed the envoy.

The diplomat added, “The United States Government stands committed to helping Guyana build confidence to test legislation through cross-agency oversight and joint accountability as well as confidence to adjudicate asset recovery cases accurately, consistently, and within a reasonable time.”

Guyana Standard understands that this workshop is one component of a wider foreign assistance programme which includes periodic training for the Special Organized Crime Unit and the Financial Intelligence Unit, and legislative review of financial crimes legislation.