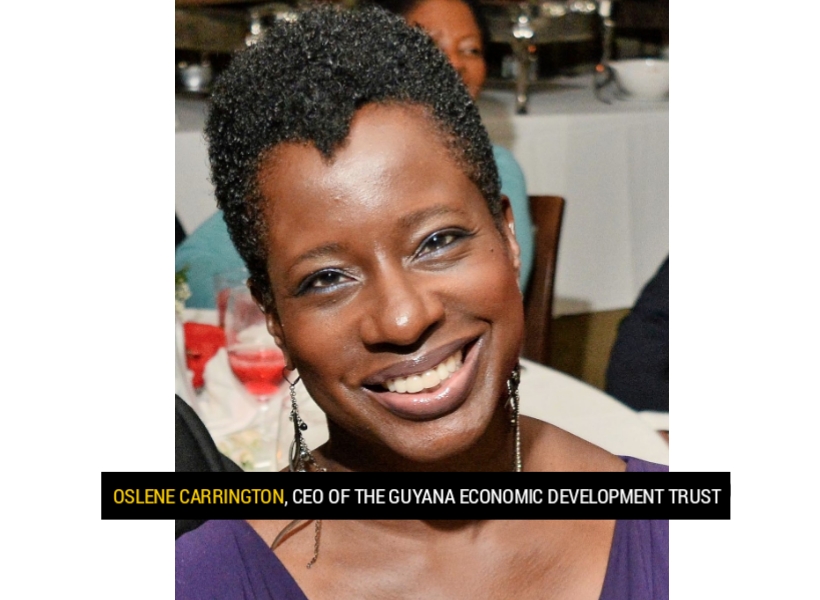 The U.S. Agency for International Development (USAID)/Eastern and Southern Caribbean (USAID) and !nnovate Guyana (!G), today announced the return, and evolution of the Economic Development Accelerator (EDA) program, which will benefit more than 50 Guyanese agro-processors.

The EDA was designed in 2021 specifically to enhance commercially viable for existing agro-processed products in order to prepare them for the export market. In collaboration with international partners, 15 of 43 applicants were shortlisted and benefited from training sessions and hands-on technical assistance. In the end, five awardees were afforded non-reimbursable grants to invest in their export-ready products.

The return of the EDA this year, however, saw a shift in its focus, moving from supporting exports, to supporting Guyanese food security locally. Being cognizant of the fact that food security is a national issue due to a significant amount of Guyana’s food being imported, and especially in an economy recovering from the global pandemic, USAID together with !G, are addressing this and lending their support through the EDA collaboration.

As such, the aim now is to enhance local agro-processed goods manufacturing and distribution, preparing the products for local shelves for Guyanese consumers to benefit. This will be done through nine months of intensive training and coaching of agro-business owners, plus technical support to elevate their business acumen, and access to working capital recoverable grants to invest in the growth and expansion of their businesses.

Oslene Carrington, CEO of the Guyana Economic Development Trust, the initiative under which !G operates, outlined that these USD$5,000 working capital reimbursable grants and the evolution of this program will enable a larger number of agro-businesses to benefit.

Carrington said that, rather than investing in five businesses, it would be measurably more beneficial to spread the resources to assist more growing companies.

“Our new focus on supporting food security, and strategically distributing the resources, enables more micro businesses that would in no way, shape or form be able to qualify for traditional financing, to benefit. There are a lot of micro businesses who aren’t able to functionally operate or expand due to lack of access to finances, because in order to access, they’ll have to pledge collateral they don’t have – so we’re the alternative to that,” she said.

USAID/ESC supports this approach to addressing food security. Regional Representative for USAID/Eastern and Southern Caribbean, Clinton D. White said, “The Mission prioritizes support for economic growth in Guyana and the region through robust accelerator programs like the EDA which offer world class business training and technical support. The program further allows access to financing to facilitate growth and improved export potential for MSMEs. We look forward to building on the already impressive results coming out of this program and the positive impact this is having on food security as part of the agri-value chain.”*[HDS(1]

The application portal (https://innovateguyana.org/grow/) is now open for agro-processors countrywide that have been operating for more than one year. Applications close August 31st.