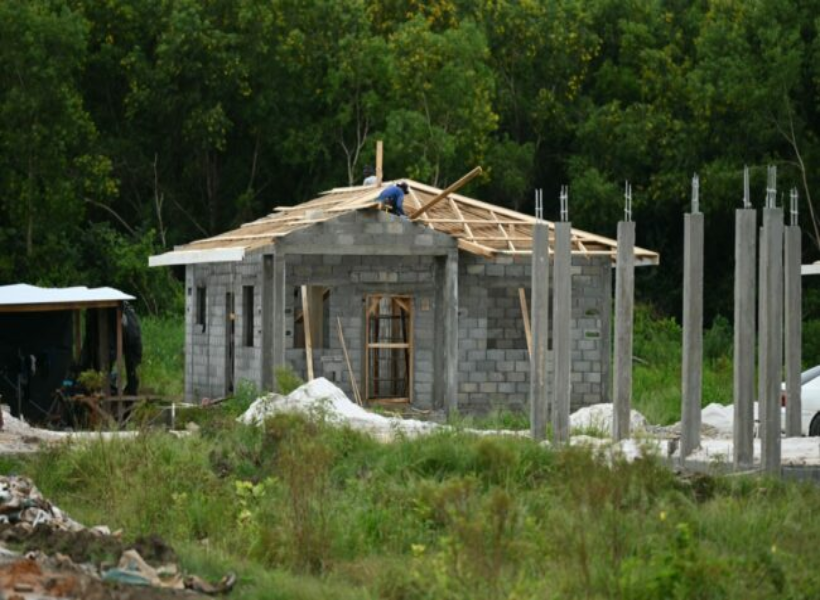 Another 50 middle-income units are under construction in the Cummings Lodge Housing Scheme, Greater Georgetown, as the government accelerates its housing drive countrywide.

The project is being executed by the Ministry of Housing and Water’s Central Housing and Planning Authority (CHPA).

The single flat three-bedroom homes are approximately 24 feet in width and 37 feet in length. They feature living, dining and kitchen areas, and washroom facilities.

The new homes will add to the more than 250 moderate-income houses currently under construction in the same community, valued at some $2.3 billion. A number of those homes have been completed and have been handed over to families. House lots were also handed over to persons.

Meanwhile, works are progressing on the construction of another one hundred (100) low-income homes at Ordinance Fortlands, Canje, East Berbice-Corentyne, the ministry said Friday. This will add to the 100 homes advancing at Hampshire/Williamsburg.

The flat two-bedroom units, measure 20 feet by 30 feet (600 square feet). Infrastructure works are ongoing simultaneously to ensure that the entire scheme will be outfitted with basic utilities upon completion.

Currently, more than 1,200 housing units are being constructed across Regions Three, Four, Six and Ten, targeting low and moderate-income families, as well as young professionals. Some 300 units were completed and handed over to families.

Further, last month, Minister Croal announced that government will invest some $30 billion to construct 4,500 housing units for families in the lower to moderate income and young professional brackets.