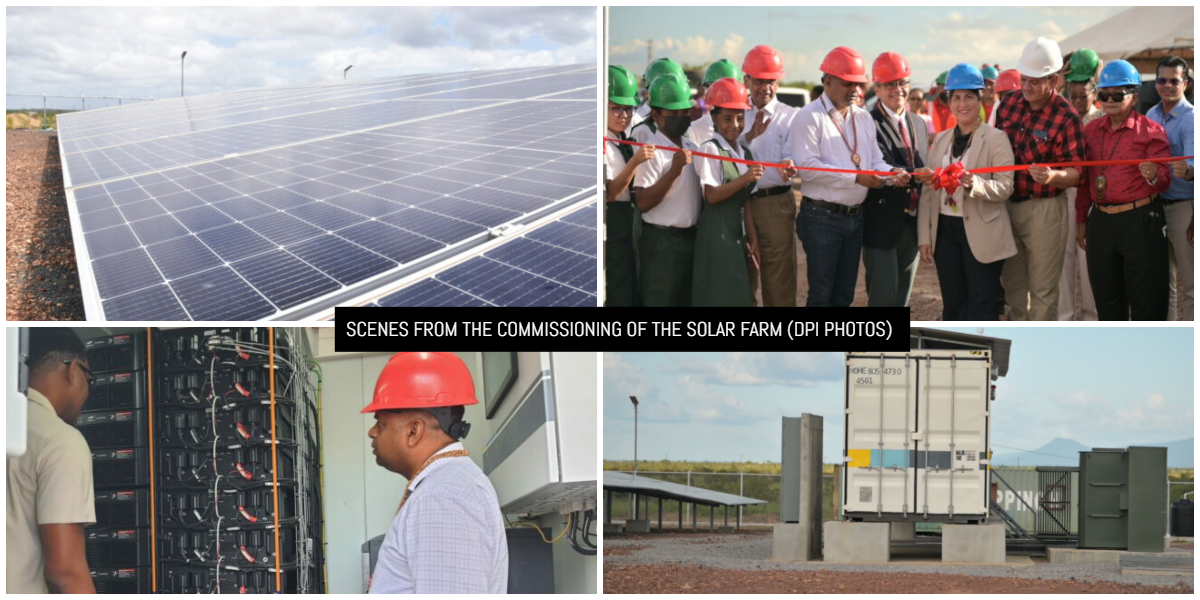 Residents of Lethem, Region Nine, are now enjoying reliable and clean energy, with the commissioning of a $472 million one (1.0) megawatt solar farm in the township on Friday.

Already 10,000 litres of diesel or some 63 drums of fuels were saved, since the solar power plant started testing on July 26.

In fact, Dr Sharma stressed that this will allow the payback period for the project to be only three and a half years.

During the commissioning ceremony, the Minister within the Ministry of Public Works, Deodat Indar, underscored that the aim is to ensure the entire region benefits from renewable energy in the future.

He believes that the project will significantly reduce the monthly electricity expense for the over 1,400 households across the town that are receiving service from the farm.

“I was told that the peak demand in the township on grid is about 1.1 megawatt, this commissioning with the solar energy given to you by God himself will deliver one megawatt… it’s coming into your grid and powering your homes. So literally the town is running on renewable energy for about five hours if you get good sunlight,” Minister Indar noted.

According to the minister, residents there normally pay $80 for a kilowatt, which is a higher rate than in Georgetown. This is because the fuel comes from afar, and the transportation price normally takes up the energy cost.

He emphasised that with the historic undertaking no fuel will have to be utilised for at least five hours daily.

Additionally, another 2.2 megawatts of hydropower are also in the pipeline for Region Nine, 1.5 megawatts at Kumu, and 0.7 megawatts in the Moco Moco Village. Altogether, the projects will value about $2.8 billion.

The government is also advancing works at the hydropower plant at Kato, Region Eight. The 150-kilowatt power plant will cost $469 million.

“Twenty-eight communities we are putting mini-grids systems. We already finished nine of them and 19 are being implemented now,” he added. (Extracted and modified from the Department of Public Information)

One dead, two injured after car slams into culvert