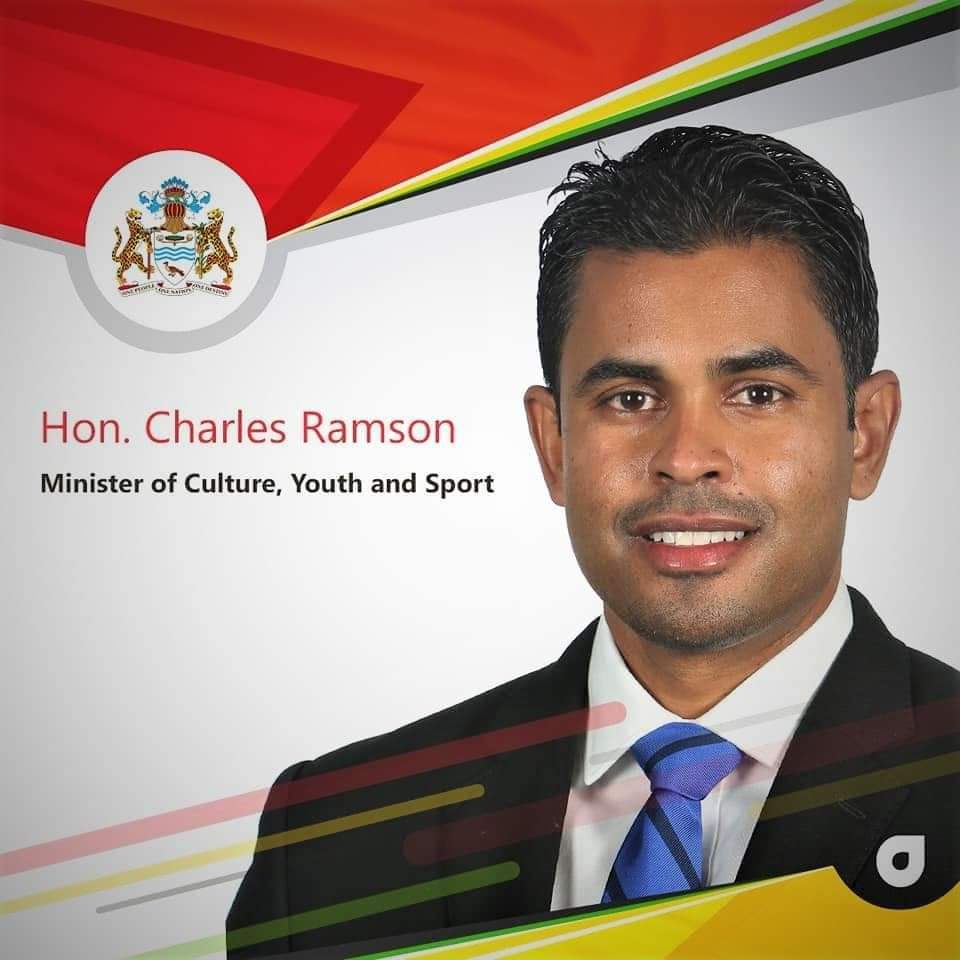 Minister of Culture, Youth, and Sport, Charles Ramson Jnr lambasted the political opposition for neglecting its parliamentary duties and betraying its supporters by refusing to be part of deliberations on the $44.8B supplementary provision yesterday.

As he addressed queries about the additional funding his ministry required to support its community ground enhancement programme, Ramson prefaced his response by noting the audacity of the APNU+AFC Parliamentarians in choosing to be absent from the 49th sitting of the National Assembly.

The minister recalled that the absence of his opposition comrades stemmed from the decision of the Privileges Committee to suspend for a period ranging 4 to 6 weeks, those 8 parliamentarians that were engaged in causing chaos in the House last year December, all in an effort to prevent the passage of the Natural Resource Fund legislation. (https://www.guyanastandard.com/2022/07/15/mace-grabbing-annette-ferguson-among-8-opposition-mps-suspended-from-house-sittings/)

Ramson said, “I could not help but notice that on a day where an important area of parliamentary life on behalf of the people of the country has to be performed and executed that the opposition has chosen to neglect their representative capacity and betray, once again, the principles of leadership and patriotism that is required of this house…”

He added, “I cannot help but make these prefatory remarks as we continue deliberations on the supplementary paper for provisions. They have neglected and betrayed their requirements as parliamentarians.”

Ramson’s sentiment is also shared by several industry stakeholders and civil society groups who believe that the political opposition ought to have been present to provide proper representation as they have been elected by their supporters to do.

In the political opposition’s absence, the House approved $44.8B in supplementary provisions. Added to the $552.9B 2022 Budget that was passed in the first quarter of the year, a total of $597.7B will now be pumped into the economy.

The supplementary provision not only caters for $16 Billion to be steered toward further and accelerated infrastructural development and social services in various new housing schemes but also an additional $5 billion to provide improved and expanded access to potable water in several coastal areas.

Another $5.5 billion is slated to go toward the Agriculture sector which will see additional resources to cater to the Black Belly Sheep project and more resources for drainage and irrigation interventions. Also, $307 million will go to the education sector to facilitate the purchase of school furniture consequent to the reopening of schools in the new COVID environment and the provision of additional resources to facilitate the construction of a Primary school at Wakenaam.

Under the Ministry of Amerindian Affairs, over $3 Billion is catered for to provide for additional resources to support Amerindian and Hinterland Communities.

Additionally, the Ministry of Public Service will see a $250million provision to allow for additional resources for the Guyana Online Academy of Learning (GOAL) scholarships and $700 million for public assistance to citizens living with permanent disabilities under the Ministry of Human Services and Social Security.