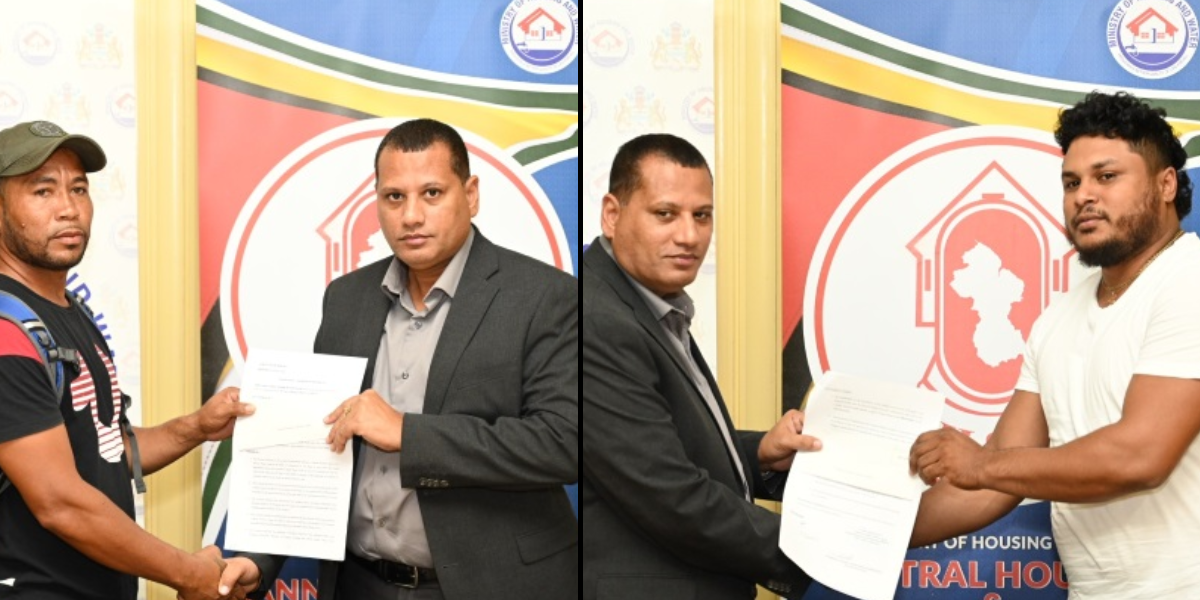 The affected families were invited to sign their agreements and uplift their cheques, during an exercise at Watooka House, yesterday. The cheques were presented by Minister of Housing and Water, Collin Croal.

In his remarks, the Minister thanked the persons for their patience exhibited throughout the process, as he reminded them that the Ministry will continue to work to fulfil the housing demand in Region Ten and outlined several housing development plans for the region. Noting that squatting should not be an alternative for citizens, the Minister stated that the housing drive will continue to be extended to every region. He also called on persons to be more responsible and desist from squatting.

In early May, the demolition exercise was conducted in Phase 4, Amelia’s Ward, which has been earmarked for infrastructure development by the Ministry of Housing and Water. During the exercise, two habitable structures were demolished, while other structures including fences and foundations were also removed. The structures were in the path of an access road. To date, some of the affected persons have been offered house lots while two have opted for housing units.

Immediately after the demolition exercise, Chief Executive Officer of the Central Housing and Planning Authority, Mr Sherwyn Greaves met with the persons who had taken up illegal occupancy in the area. A commitment was made for those persons to be offered lands and alternative housing options. These offers were accepted, followed by an independent valuation exercise which was done Ministry of Finance-Valuation Office in June.