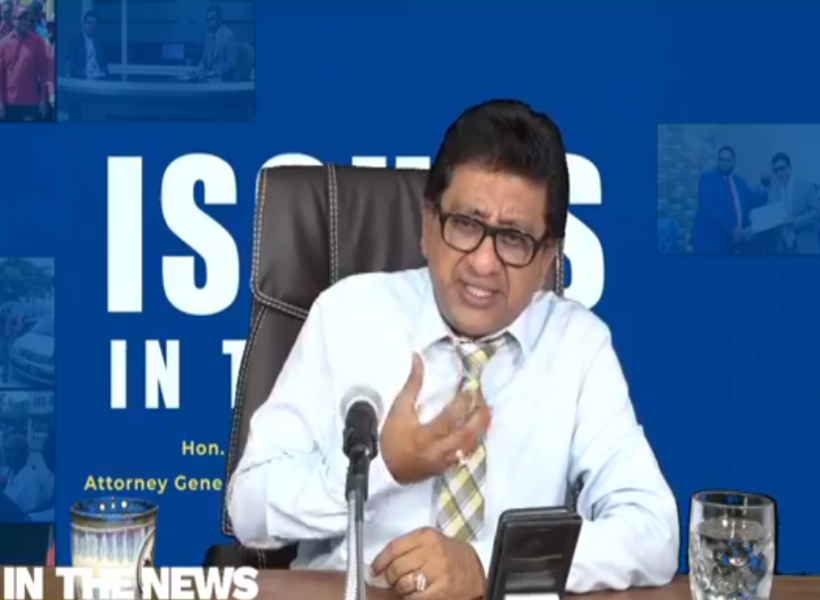 A legal challenge mounted by the main Parliamentary Opposition to quash President Dr. Irfaan Ali’s appointment of Clifton Hicken to serve as the acting Police Commissioner was bound to fail, says Attorney General and Minister of Legal Affairs, Anil Nandlall.

The Senior Counsel’s comment follows on the heels of a recent court ruling that vindicated the President’s unilateral appointment of Hicken, on the ground that there was, at the time, no Opposition Leader with whom the President is constitutionally required to consult.

Given that there was no Opposition Leader when the vacancy came into effect, the President could not leave the country’s premier law enforcement agency, the Guyana Police Force (GPF) headless, Nandlall said during an interview aired on the National Communications Network (NCN) yesterday.

Nandlall hastened to add that the absence of an Opposition Leader was not the fault of the GPF or the President. In fact, the AG posited that the prolonged absence was due to moves taken by the People’s National Congress Reform (PNCR) – the largest party within the Opposition bloc – to oust Joseph Harmon and appoint Aubrey Norton to the Opposition Leader post. Harmon’s reluctance to demit office amidst pressure from his party is what led to the prolonged vacancy, and the nation was not going to suffer because of the opposition’s inability to choose and appoint a leader.

According to Nandlall, the President could not await the appointment of an Opposition Leader, hence his move to make Hicken the Top Cop, reiterating his previous doctrine of necessity argument.

He added that the Opposition then proceeded to legally challenge that appointment, which had been prompted by its own internal issues pertaining to the demotion and promotion of Harmon and Norton respectively.

This approach, he said, fits the “modus operandai” of the Opposition.