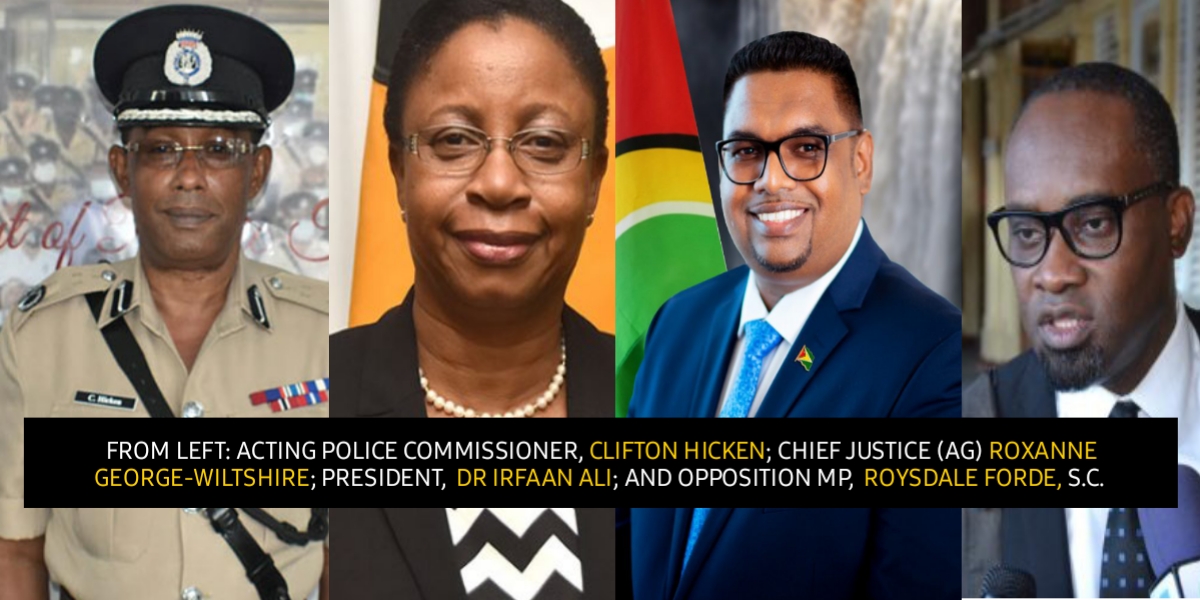 Having the highest regard for our Courts, the acting Chief Justice and the sanctity of our Constitution, I state the following:

The decision delivered by the acting Chief Justice this afternoon in the matter of Jones v Attorney General must be cause for great concern and it is regrettable that it is to be considered as a judicial green light to unilateral appointments by the Presidency and of course by Irfan Ali, the current President.

The decision whilst strangely and eerily silent on the unilateral removal of the entire Police Service Commission by Irfan Ali, is preoccupied with the impact and purport of the then vacancy in the office of the Leader of the Opposition, without any consideration that the President failed to appoint the Police Service Commission for months substantially contributing to the state of affairs that led to the action being filed in the Court.

On the Court’s own analysis the failure of the President to constitute the Police Service Commission must therefore be an operating reason for the court approved unilateral appointment of Mr. Hicken, presumably as much as the absence of a person occupying the office of Leader of the Opposition.

It is disappointing that the Court failed to recognise and or consider that state of affairs was created by the unconstitutional removal of the Police Service Commission and the failure by the President to thereafter constitute the said Commission.

Thus, the Court permitted the President to benefit from his own failure to discharge his Constitutional duty to appoint the Police Service Commission.

It is unfortunate that the decision therefore saw the 30th day of March, 2022 as a static and or singular event and not an ongoing continuum of unconstitutional conduct by the President.

The Judicial merger of these two distinct types of appointments will cause havoc in our Constitutional system and further weaken rather than strengthen the Constitutional edifice of Guyana.

The Court proceeded to determine that the President could have acted in the manner he did as he was conferred with authority under Article 111 of the Constitution.

Regrettably, the issue was not raised in any of the Written Submissions nor was Counsel for Jones called upon or afforded the opportunity to address this issue.

The impact of this Judgment is too grave for it to be left standing. In the circumstances, an Appeal will be filed to set aside this decision.