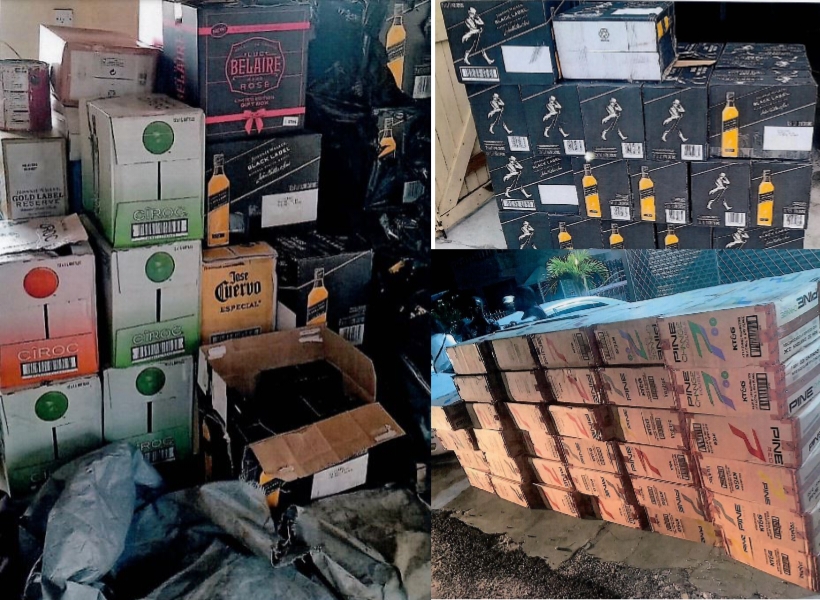 The Guyana Revenue Authority (GRA) disclosed this morning, its success in securing a $4.9M fine against a chicken smuggler as well as the confiscation of $20M in uncustomed goods in a separate matter.

In relation to the former, GRA said a Magistrate in the Georgetown Magistrates’ Court, on September 22, 2022, ordered Richie Shaw of lot 22 Mc Doom, East Bank Demerara (Padrak Poultry Depot), to pay a fine in the amount of $4,950,000 or face one-year imprisonment for knowingly concealing uncustomed chicken contrary to section 218 (c) of the Customs Act, Chapter 82:01.

The court heard that the defendant tried to deceive customs officers by removing some of the smuggled chicken from its original ‘Rockingham’ packaging and concealing same in black bags to appear they were purchased locally.

GRA with the assistance of the experts from the Veterinary Public Health Unit of the Ministry of Health managed to expose Shaw’s actions. He subsequently agreed to pay three times the value of the goods seized.

In a separate and ongoing matter, GRA said its officers attached to the Law Enforcement & Investigations Division (LEID), on September 22, 2022, also seized over 82 cases of smuggled liquor and over 62 bales of cigarettes from a property at Atlantic Garden, East Coast Demerara. The items are valued in excess of $20M. Investigations into this case are ongoing.

The authority said the two matters must serve as a reminder to members of the public that it has a “zero tolerance” approach to smuggling and other illegal activities. It said there must be a level playing field for legitimate businesses and the collection of revenue.