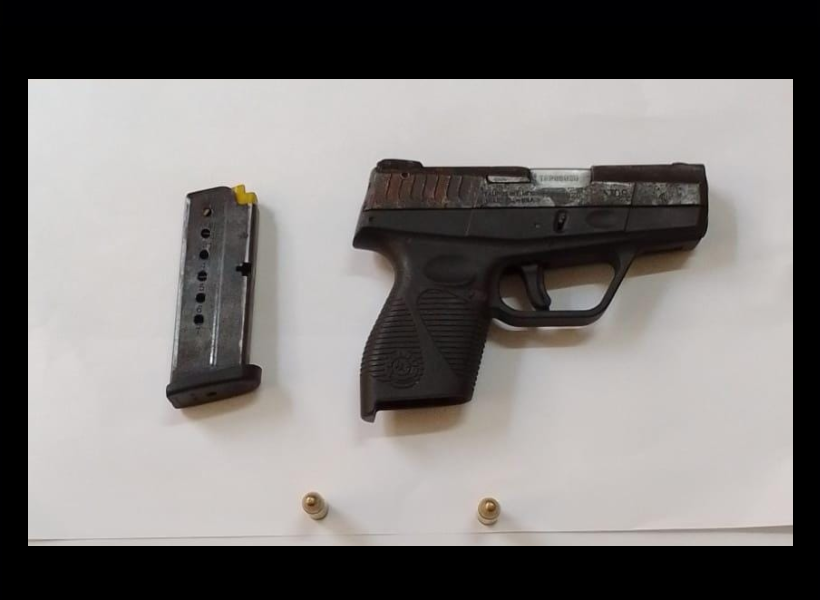 Commander for Regional Police Division Seven, Dion Moore has reported the seizure of a firearm (.32 pistol) and two rounds of matching ammunition.

On Thursday last, at about 22:00hrs, Winrock Joseph, a 28-year-old Security Guard employed by Baksh Diamond Enterprise and who is presently working with ‘Miss Danna’ at Gold Finger Backdam, reported that he was asleep in his apartment at Miss Danna’s shop when he heard several loud explosions suspected to be gunshots.

As a result, he and six other security guards went out on the landing to see a man, who was later identified as Akeem Daniels, a 27-year-old mason of ‘B’ Field Sophia, Georgetown with a firearm in his hand.

Winrock Joseph mentioned that he and the other guards surrounded Daniels, and identified themselves as Supernumerary Constables.

They then took possession of the black .32 pistol and conducted a further search on Akeem Daniels and found bullets in his pants.

Winrock Joseph then asked Akeem Daniels whether he was a licensed firearm holder but Daniels was reluctant in supplying any information. Hence, he made contact with the Bartica Police Station where he made a report and Daniels was kept in their custody along with the firearm and ammunition.

The firearm and ammunition were marked, photographed and sealed after which it was lodged with the Station Sergeant. A statement was obtained from Winrock Joseph. Daniels was interviewed under caution and he admitted that the firearm belongs to him and it was for his own protection.

He is expected to be charged soon.