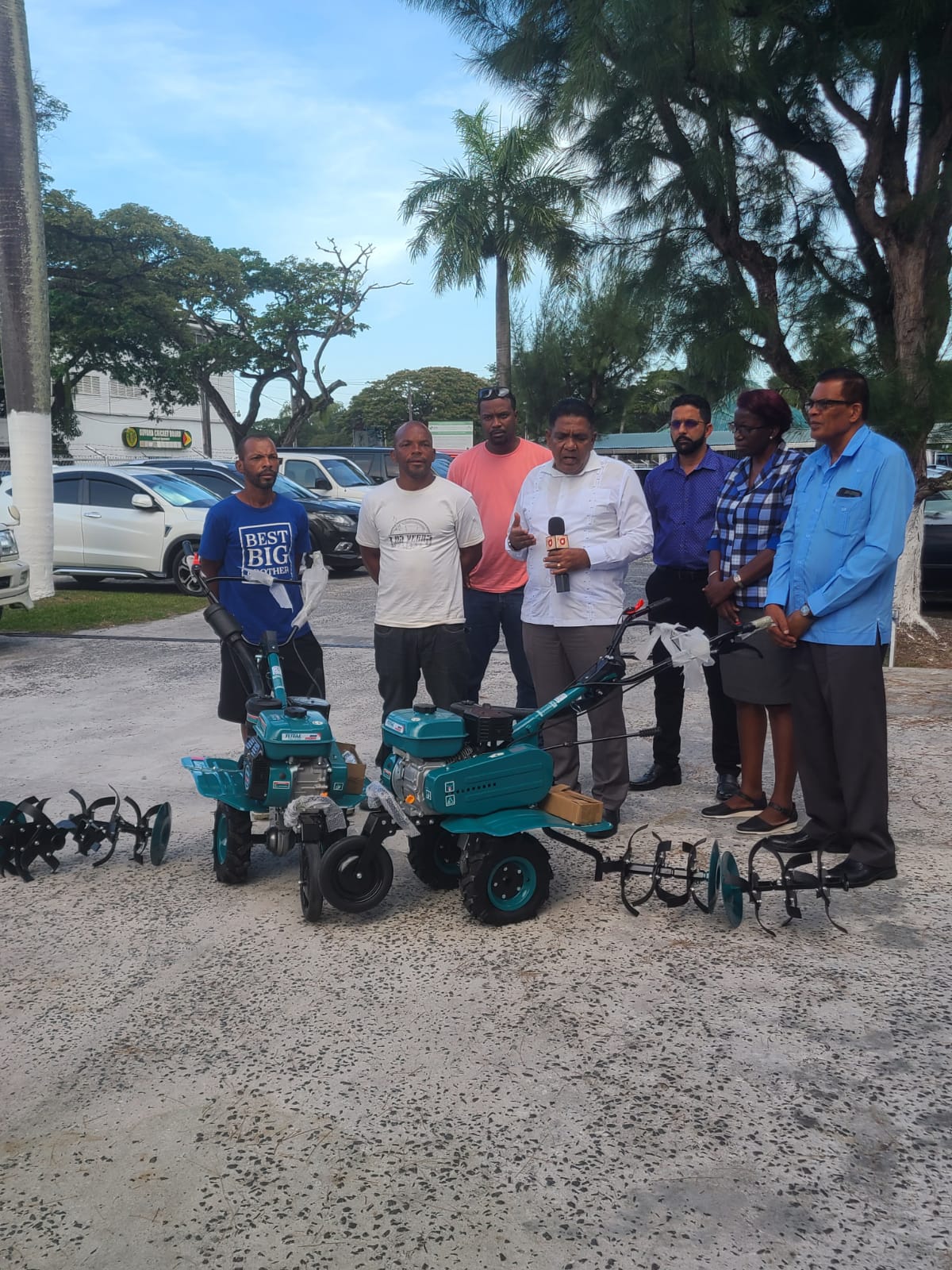 Minister of Agriculture, Zulfikar Mustapha today handed over two tillers to the DenAmstel Fellowship Progressive Farmers group. The pieces of equipment will be used for land preparation. 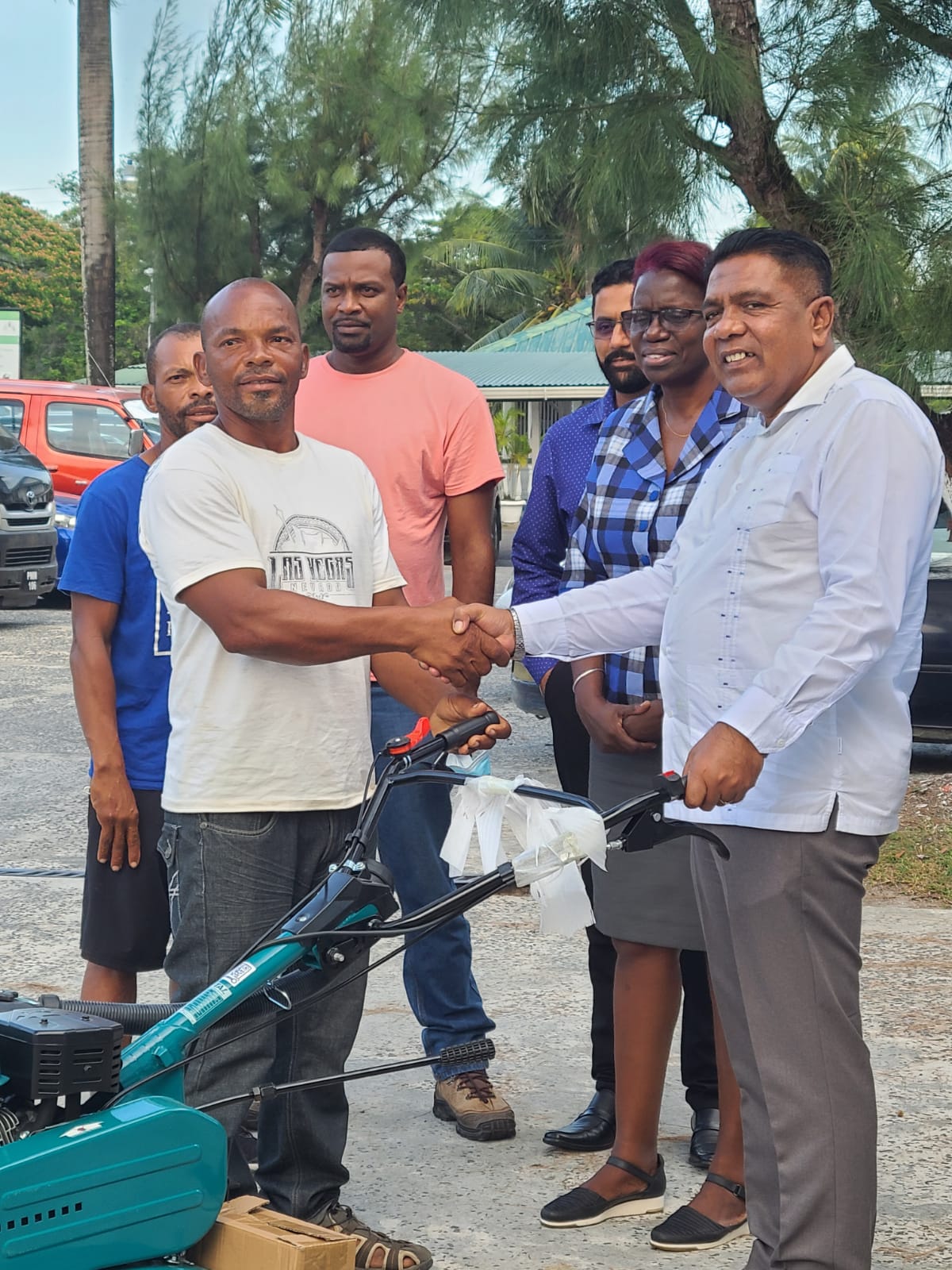 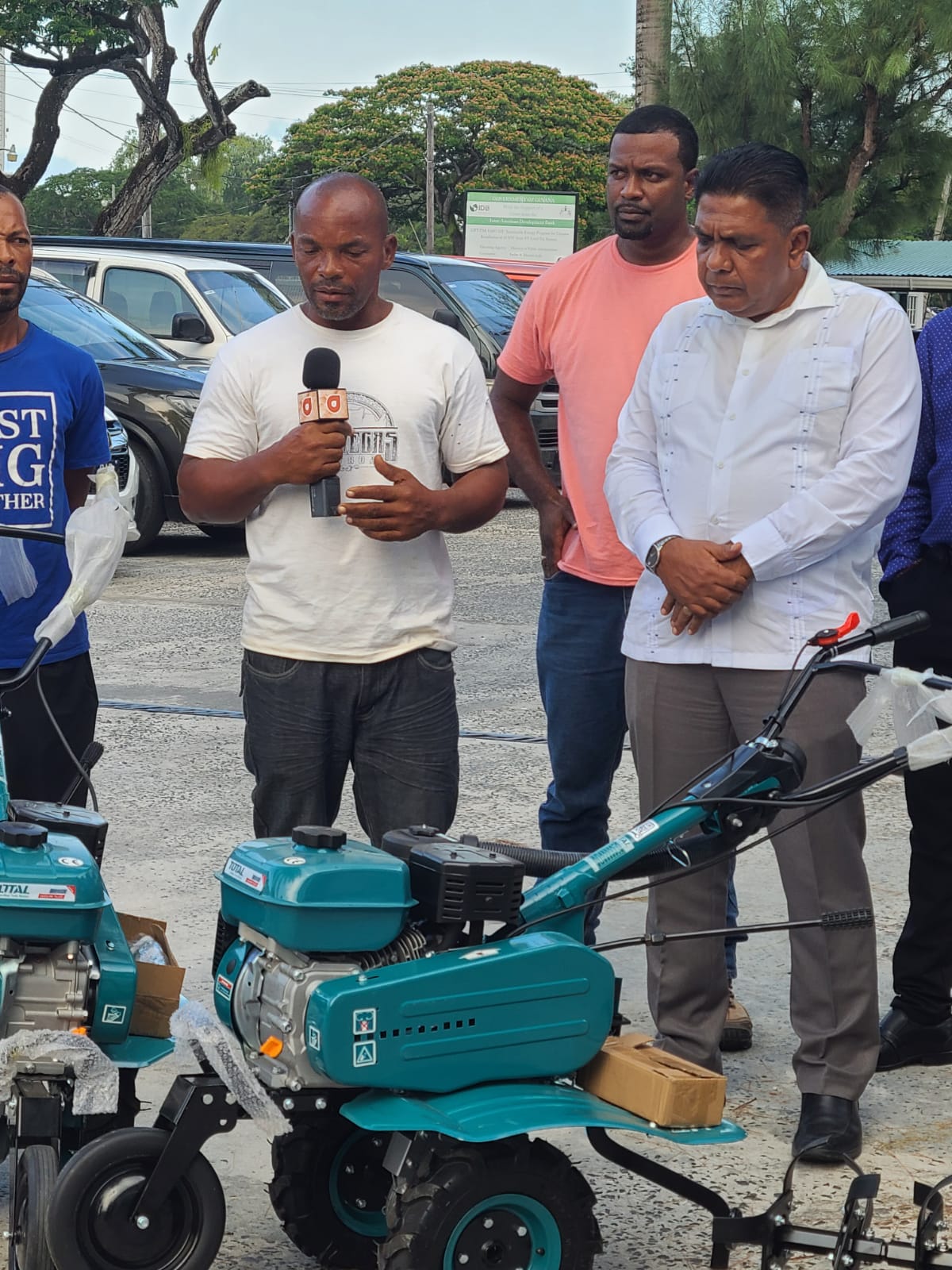 This donation makes good on a commitment made by Vice President, Bharrat Jagdeo after he was approached by the young farmers.

During a simple handing over ceremony at the Ministry’s Regent Street Office, Minister  Mustapha said the tillers will be valuable tools for the enhancement of land preparation. He noted that his Ministry is also carrying out “massive” drainage and irrigation works in DenAmstel for which $30M has been budgeted. These works, he said, include the clearing of canals.

The Minister used the opportunity to encourage other young farmers to, “come forward, get involved in agriculture and make Guyana, once again, the bread basket of the Caribbean.” Mustapha pledged that his Ministry will assist all those who are serious about agriculture and food security.

Lloyd Harvey, the group’s representative, told the media that the donation is timely. He said, “The DenAmstel farmers group will make a difference and this will go a far way.

Harvey said that the group has about 35 members who, collectively, own about 400 acres of land in DenAmstel. The majority of the members are cash crop farmers.