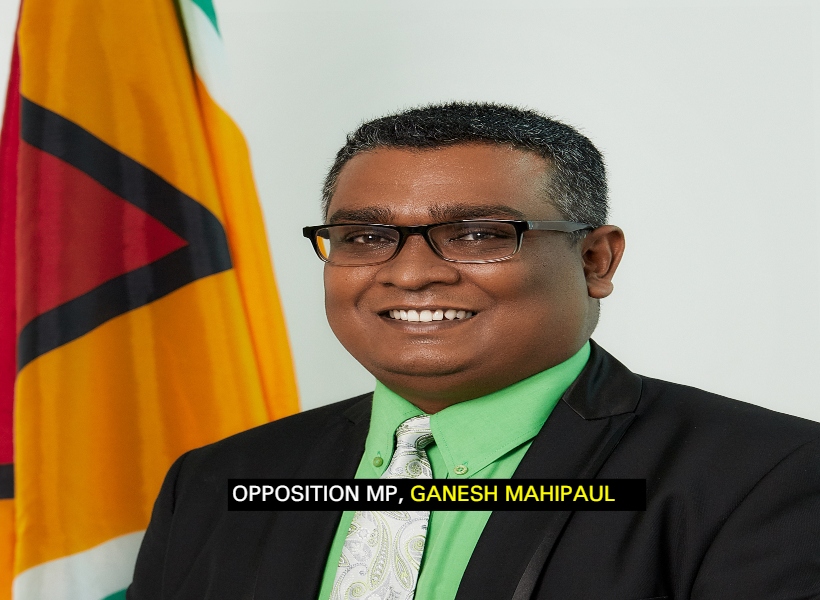 Opposition Member of Parliament, Ganesh Mahipaul is accusing the government of sidelining regional opposition officials from partaking in critical consultations on the Solid Waste Management Bill of 2022.

According to Mahipaul, “Only selected Local Government Organs were invited to the consultations while total disrespect and disregard are shown for Regions Four, Seven and Ten. They were not invited. One will assume that the Shadow Minister for Local Government and Regional Development would have been invited. I was not invited nor presented with a draft copy of the Bill from the Ministry for perusal and comments.”

Mahipaul noted that he later received a copy of the Bill from a stakeholder and upon perusal, he was convinced that some of the recommendations were “diabolical”.

He noted that the Bill gives the Minister authority beyond policy guidance and usurps the authority of the Solid Waste Management Authority. He added that a person cannot be appointed as the Solid Waste Manager, Accountant or Secretary without the prior approval of the Minister. According to the MP, this is a deliberate act to push aside the established criteria of employment and professionalism under the Public Service Commission and give the Minister the power to appoint friends, families and favourites of the government.

“It is a breeding ground for corruption, nepotism and cronyism,” Mahipaul lamented while calling on Minister Dharamlall to hold a more transparent and inclusive consultation process.