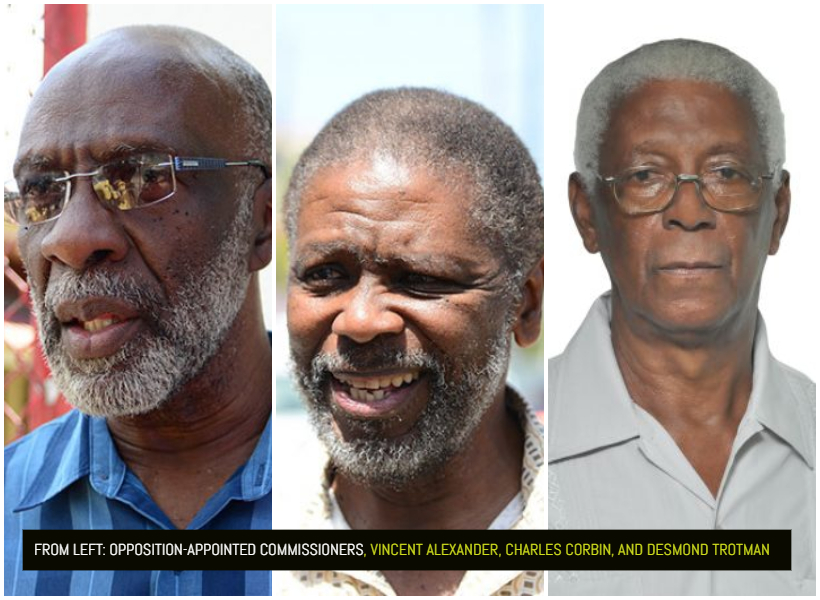 More than a year later, unanimity remains elusive on an opposition-backed call for an internal review of the Guyana Elections Commission (GECOM)’s operations during the highly controversial March 2020 General and Regional Elections (GREs). The commission’s refusal to order the review is tantamount to dereliction of duty, says Opposition-nominated Commissioner, Vincent Alexander.

His comment comes a day after GECOM issued a statement saying that allegations of unlawful acts during the electoral process can only be determined by a Court of Law. It said that while sections of the populace continue to advocate for a probe, the commission is constitutionally barred.

“It is of crucial importance to note that Article 163 (1) b (i) of the Constitution of Guyana stipulates that subject to the provisions of this article, the High Court shall have exclusive jurisdiction to determine any question whether – either generally or in any particular place, an election has been lawfully conducted or the result thereof has been or might have been, affected by any unlawful act or omission,” GECOM said.

But Alexander says he remains convinced that such a review could only serve in the best interest of the Commission.

He that the Court does not investigate but adjudicates, hence an investigation does necessarily not fly in the face of the constitutional provisions in relation to the jurisdiction of the High Court.

“The fact of the matter is that the call of the Opposition appointed commissioners is for a review of GECOM`s operations to determine whether there are discernible weaknesses in its system that need to be addressed if GECOM is to improve on its system in pursuit of the constitutional requirement for GECOM to ensure impartiality, fairness and compliance in the conduct of elections,” Alexander said.

He added, “[GECOM] is also guilty of dereliction, in so far as it is unprepared to review/evaluate its own performance as a basis for enhancing its systems and its operations.”

Meanwhile, the Guyana Government is moving ahead with the Presidential Commission of Inquiry (COI) into the March 2020 election, as well as an overhaul of certain elements of the Representation of the People Act (ROPA) with proposed life imprisonment and multimillion-dollar fines for those found guilty of attempting to subvert the will of the people.

Elections petitions filed by the opposition are also languishing in the Courts with several former GECOM officials already slapped with electoral fraud-related charges.