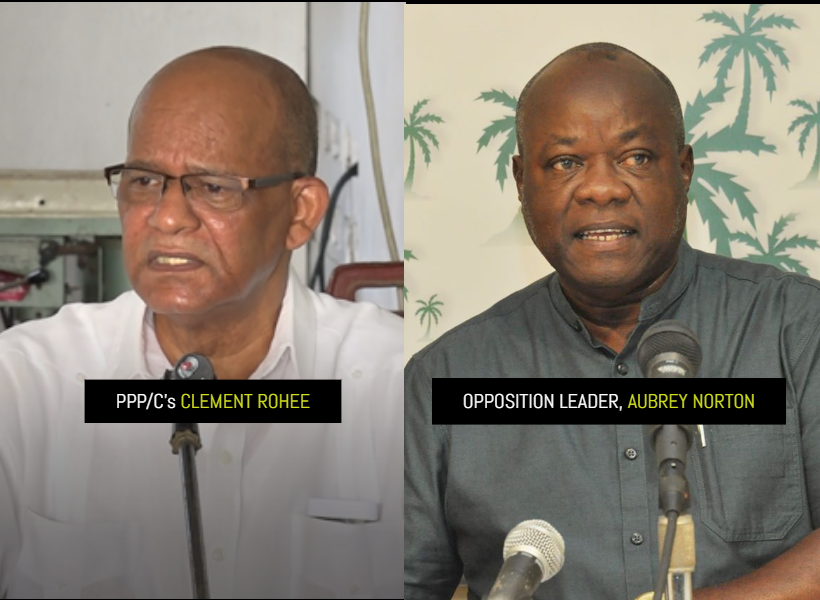 The veteran politician’s comments come against the backdrop of mounting criticisms about Norton’s politics, and his stern disposition when conversing with members of the press. Several months ago, Norton was called out by the local press association for being “abrasive and evasive” whenever he is asked for details and supporting evidence on many of his claims of government corruption.

Several weeks ago, he was accused of encouraging squatting in a section of an opposition stronghold situated in the path of a planned infrastructural project. The Opposition Leader admitted to telling sqautters not to move, but maintained that he is anti-squatting. He explained that he was only trying to show solidarity to those who are being told to vacate “ancestral lands”. Norton added that squatters in government strongholds are not being pressured to move, and therefore, concluded that the regime is acting in a discriminatory manner. Several months ago, Norton refused to shake the hand of President Dr Irfaan Ali, saying that he will not show respect to with his “oppressors”, a comment that opened the floodgates of criticims even from his own supporters.

Norton also led a an opposition walkout of the National Assembly earlier this month, even as critical bills including those relative to health, suicide and minimising road fatalities were listed on the agenda. The House, therefore, saw no contribution from the main opposition party, even as the coaltion continues to lament “poor” and “discriminatory” legislative advances made by the government.

Rohee has opined that Norton’s alleged penchant to engage in “useless” battles with the government not only hinders, but denies his supporters of their needs.

“If Mr. Norton thinks he’s doing the right thing by playing the role of the hardliner and by constantly playing the racial card, he is wrong. It is his combative posture and non-cooperation with government, that will see him become his own worst enemy. It is this counterproductive pathway that will help the PPP/C to takeover strongholds he claims to be his party’s,” Rohee said.

The former Minister added that Norton needs to work with the government to improve the wellbeing of his constituents, but “he foolhardily persists in exposing his supporters unnecessarily to hardship at a time when the economy is on the upswing with numerous government-sponsored developmental projects being implemented across the country.”

Rohee added that had it not been for government’s efforts to reach out to the many non-traditional areas of support, residents in those areas would have been ‘left out in the cold’ because of the “wooden-headed” policies pursued by the Opposition Leader.

“Instead of wasting time discouraging his supporters from participating fully in government sponsored developmental projects across the country, Mr Norton should show his supporters how they stand to benefit from the vastly improved goods and services provided by government,” the former Minister noted.