Home News Crime “Full brunt of the law” for anyone who harms police officers carrying... 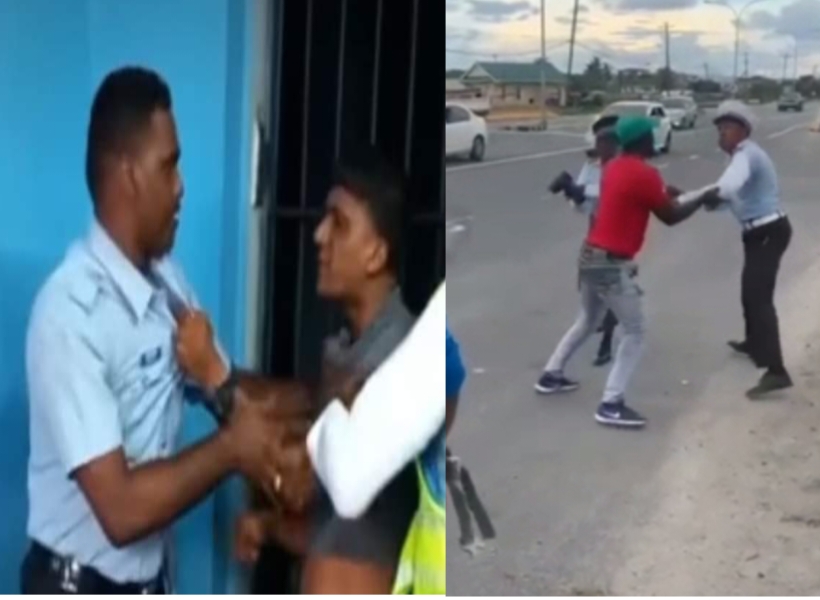 Commissioner of Police (acting) Clifton Hicken met early this morning with Traffic Ranks of Police Regional Divisions 4 ‘A’ and 4 ‘C’. He reminded them of the importance of maintaining professionalism at all times, despite the daily challenges faced while executing their duties.

Alluding to the Guyana Police Force’s motto: ‘Service and Protection’, Commissioner Hicken told the ranks they should remember and be continually guided by the Force’s Standard Operating Procedures (SOPs).

Commissioner Hicken made it clear that he has taken note of the recent incidents of aggression and abusive attacks meted out to members of the Guyana Police Force whilst carrying out their lawful duty to serve and protect.

The Top Cop declared that there will be a zero-tolerance approach in this regard and is asking the public to desist from such behaviour.

Numerous Police-led outreaches were held in several communities across Guyana in recent months, which has helped to win public trust and create partnerships to foster safer communities.

However, within the past two weeks, there have been at least three reported cases of civilians not only verbally abusing police traffic ranks whilst on duty, but also physically attacking them in a blatant show of disrespect for the rule of law.

Hicken said this behaviour will not be tolerated, and anyone who assaults police officers will face the full brunt of the law.