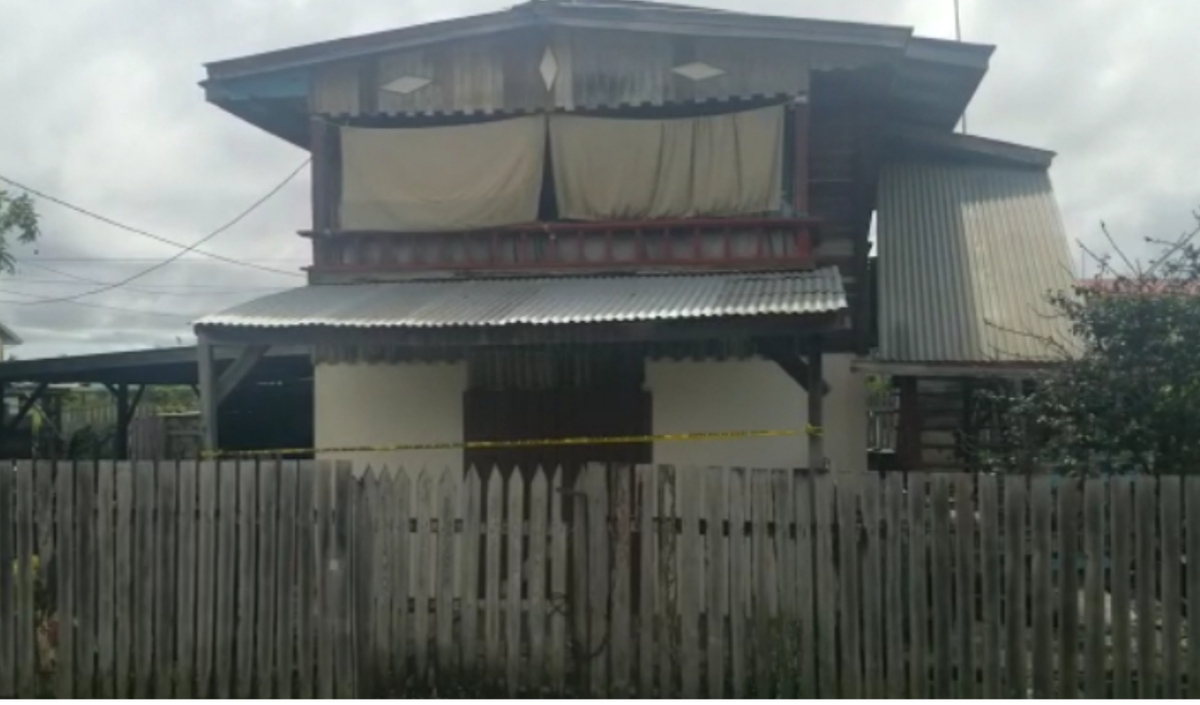 Police are on the hunt for two men who robbed and murdered an 85-year-old Bush Lot, WCB woman. She was identified as Sumintra “Aunty Betty” Sawh of Lot 131 Section ‘B’ Bush Lot, WCB

The incident occurred when the woman’s great-niece visited the now-deceased woman. She recounted to police that she arrived at the home on Sunday. She noted that around 7:00 pm, she retired to bed along with Sawh.

Basdeo further added that at about 03:00 hrs on November 28, 2022, she was awakened by a male who was in her room and who had a knife to her throat, demanding money.

The police said that the woman was taken out of the bedroom, at which point she saw another male suspect with Sawh in her bedroom. Basdeo said the suspect took her to the lower flat, placed her in a chair, and tied her up with a sling where he remained with her.

She further said that while she was in the lower flat, she heard Sumintra Sawh saying, “Don’t kill me granddaughter”.

Shortly after, the male who was with Sawh returned downstairs and both of them searched the lower flat. They then walked through the northern door of the lower flat and escaped in an unknown direction.

Enquiries further revealed that Basdeo then untied herself and went to the upper flat to check on her grandmother, where she saw her lying motionless in a pool of blood on her bed.

She claimed that Sawh had a handbag where she usually kept her money, ID card, pension book, and other articles, and this handbag was missing from her bedroom. According to Basdeo, her grandmother had about $350,000 in the bag. Guyana Standard understands the woman was saving to build her fence.

When police ranks arrived on the scene, they saw the body of Sawh lying on a bed on her back. Blood stains were seen on the entire body and the bed. Six wounds were seen on her: one on both sides of the temple, three on the forehead, and one to the back of the head.

Meanwhile, abrasions were seen on Basdeo’s neck and right hand. She claimed that the suspect had injured her. She was escorted to Fort Wellington Public Hospital and is presently receiving treatment.