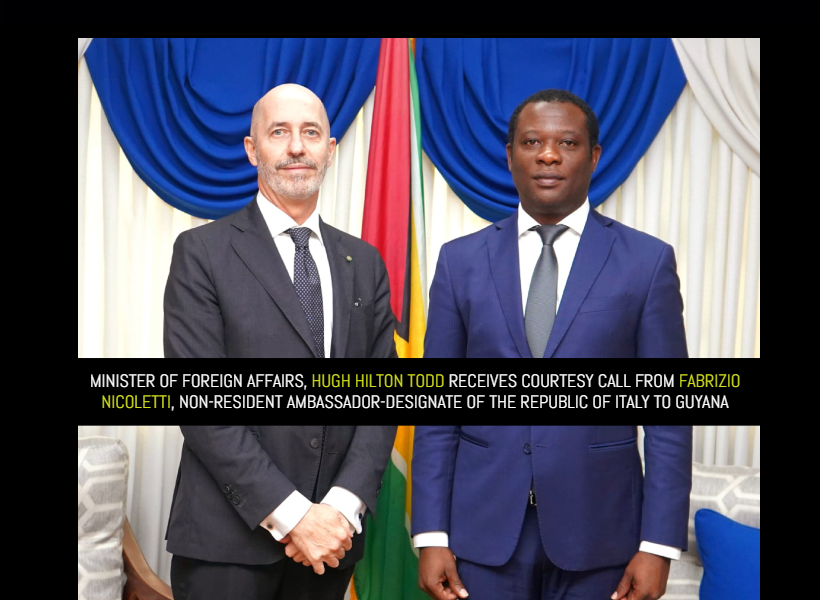 During the engagement, Minister Todd noted that Guyana is committed to fostering stronger bilateral relations and partnership with Italy in priority areas of the Government including health, education, and security. Minister Todd also initiated talks on visa-free travel to Italy for the mutual benefit of both countries, particularly through private sector engagements and people-to-people exchanges, which will be advanced in the future.

Minister Todd further noted that Italy and the European Union remain valuable partners to Guyana and CARICOM. On this note, the Ambassador alluded to several technical cooperation initiatives including Italy’s role in supporting the Agri-Food Systems agenda of CARICOM towards reducing the Region’s food import bill by 25% by 2025.

The CARICOM Agri-Food Systems Agenda is led by President Mohamed Irfaan Ali. The current implementation of the agenda gives special attention to priority crops and products in Member States to achieve this target.