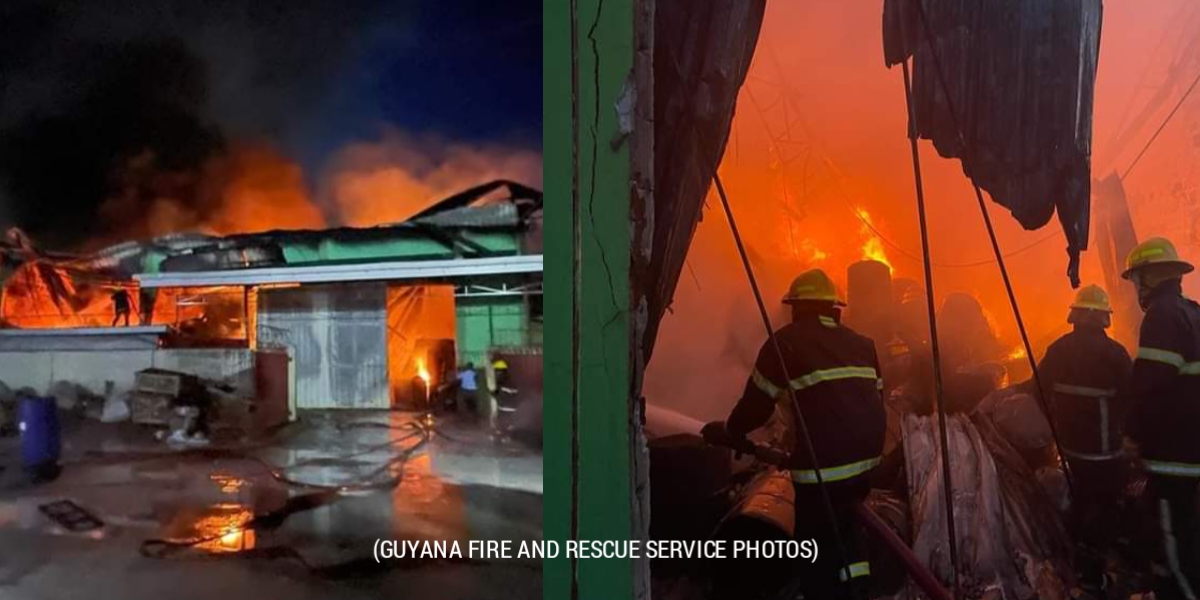 A devastating fire that razed an East Coast Demerara storage facility yesterday is believed to have been caused by a burning mattress that was reportedly ignited during an on sight welding job.

At 16:35hrs yesterday, the Guyana Fire Service said it was alerted to a fire at Lot 9 Felicity, Happy Acres, East Coast Demerara. The structure involved was a steel and concrete storage building owned by 57-year-old Zaid Mohamed.

Firefighters from the Central, West Ruimveldt, Alberttown, Campbellville, and Melanie fire stations, along with two ambulances and Emergency Medical Technicians, were immediately dispatched to the location.

While the GFS had difficulty arriving at the location due to rush hour traffic and vehicle blockages at the site, the first appliance arrived on the scene at 16:51hrs, and firefighters managed to get the fire under control by 18:00hrs, using the original tank supply and foam.

During the ordeal, there were several explosions of flammable compounds, which presented a clear danger to firefighters.

Due to the size of the fire, two firefighters suffered smoke inhalation and were transported to the hospital. There were no other injuries.

Investigations revealed that welding was being done in close proximity to a foam mattress.

It was also discovered that there were no fire suppressants (extinguishers, smoke detectors) within the building and that the correct safety measures were not being followed.

The entire building and its contents were destroyed as a result of the fire.