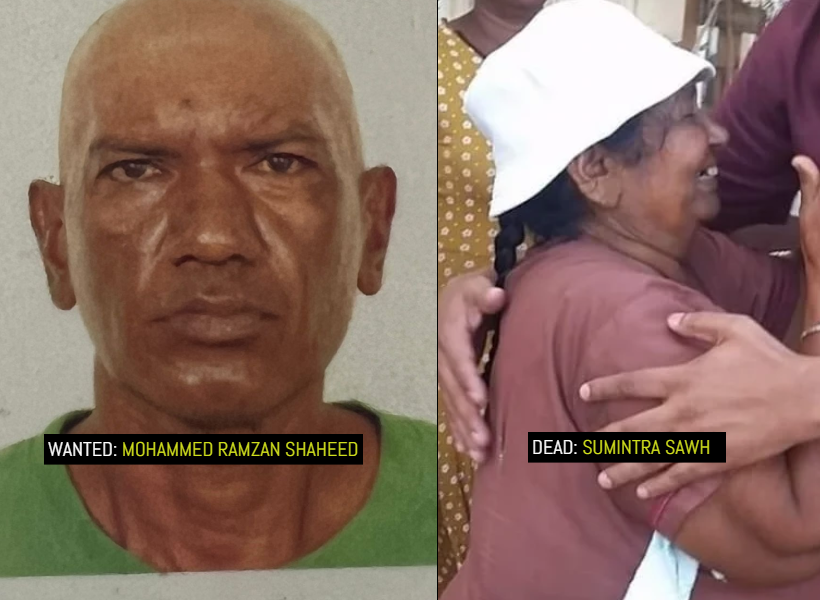 Cops are looking for 48-eight-year-old Mohammed Ramzan Shaheed, the neighbour who conspired with two others to kill 85-year-old Sumintra Sawh. Based on the confession of the deceased’s great-niece, the wanted man is alleged to be the mastermind of the plot to rob and then murder the Bush Lot pensioner.

An autopsy that was performed on Sawh on November 29, 2022, at the Bailey’s Funeral Home in Berbice revealed that she died of suffocation and haemorrhaging from a fractured skull caused by multiple stab wounds to the head. The woman’s body was handed over to relatives for funeral arrangements.

The 85-year-old woman was allegedly murdered by the 48-year-old man in a deadly robbery attack. The woman’s great-niece, 37-year-old Roshanie Basdeo helped the man to carry out his plans. She was staying at the said home on November 28, 2022, at about 03:00 hrs when the incident occurred.

Basdeo has since confessed to the crime. She remains in custody.