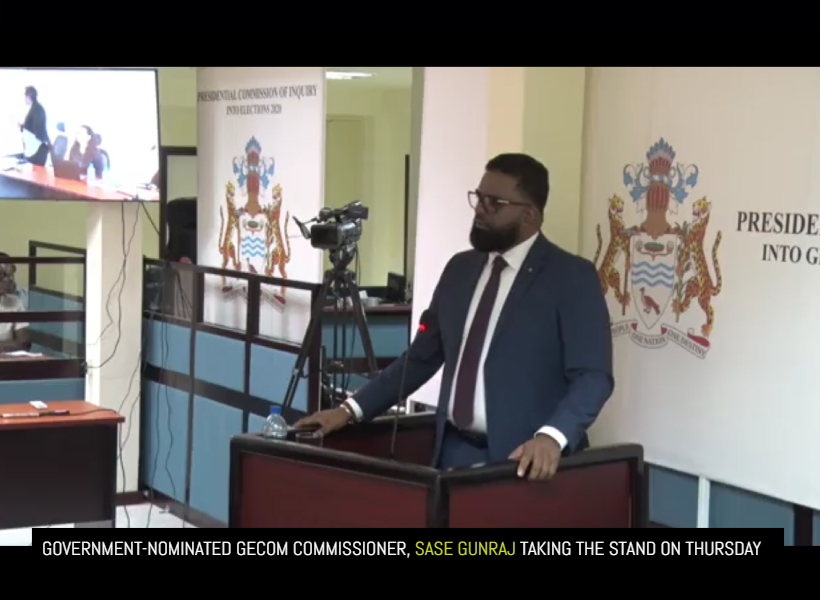 GECOM Commissioner, Sase Gunraj took the stand on day nine of the Commission of Inquiry (CoI) into the March 2020 General and Regional Election. Gunraj testified today that the former Chief Elections Officer (CEO) Keith Lowenfield was making decisions without consulting the Commission.

Gunraj told the commission that on March 4, 2020, party agents informed him that GECOM staffers had recommenced the tabulation process for District Four, but this was done using spreadsheets, instead of Statements of Poll (SOPs).

“I immediately went up to the second floor and I met other Commissioners still involved in the scrutinization process. I updated them about my observation and what I heard and I requested that a meeting of the entire commission be convened to discuss this issue that had arisen,” Gunraj said.

He noted that the meeting was convened and the Chief Elections Officer was present. Gunraj noted that Lowenfield admitted to not following the process and attempted to justify his actions before the commission.

Gunraj said the Commissioners also agreed that the use of the SOPs would be reverted. He added that direct instructions were given to Lowenfield to use SOPs.