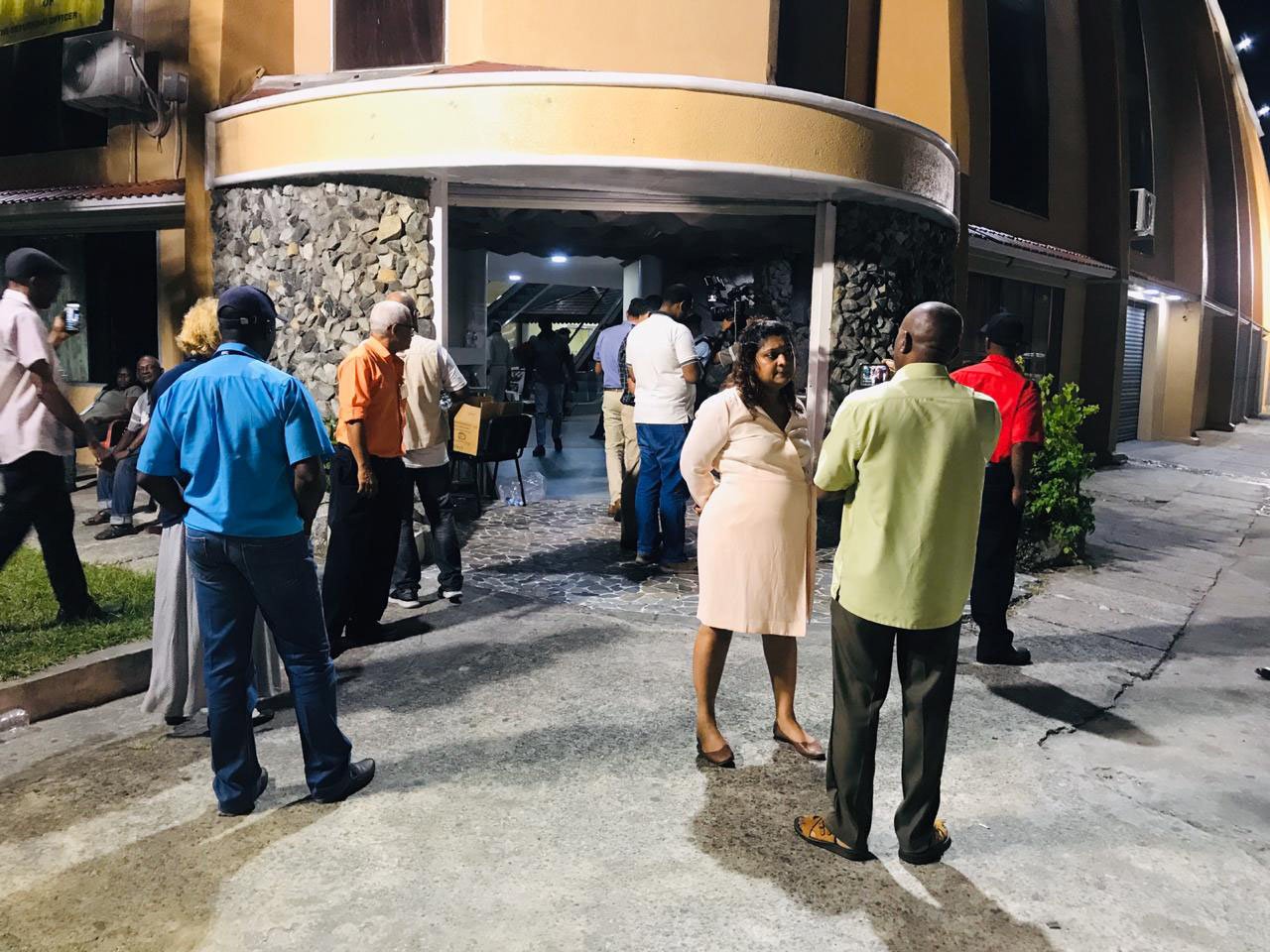 Deputy Superintendent of Police, Eslton Baird testified yesterday before the Presidential Commission of Inquiry (CoI)that there was no bomb at the Ashmins Building on March 5, 2020. The information comes on the heels of many testimonies that pointed to a ruckus which erupted after ranks had asked party agents and observers to exit the building following reports of a bomb threat.

Baird, who took statements from cops at the scene, explained that some of the ranks did not enter the building which housed counting agents, observers, party agents and the management of the Guyana Elections Commission (GECOM).

In the records presented to the commission, detectives, who were called to the scene of a bomb threat, met with the then Deputy Chief Elections Officer Roxanne Myers. He took them to a room where there was a white styrofoam cup. In the cup was a small recording device. Photographs were reportedly taken of the scene.

The records, according to Blair, outlined that while there were objections from agents to exit the building due to the bomb threat, the force’s bomb squad stayed behind to ensure safety of the inhabitants.

Meanwhile, Baird said that some of the statements taken on March 5, 2020 could not be located. He testified that on November 25, 2022, he received a request from the Commissioner of Police to present information to the Commission of Inquiry into the March 20202 General and Regional Elections.

Baird told the commission that he couldn’t locate all the information the commission requested, since those records were destroyed during an inferno at the Brickdam Police Station in October 2021.

Baird told the Commission that during the period, he collected a number of statements from ranks who were either stationed or sent to the Command Center in the Ashmins building.