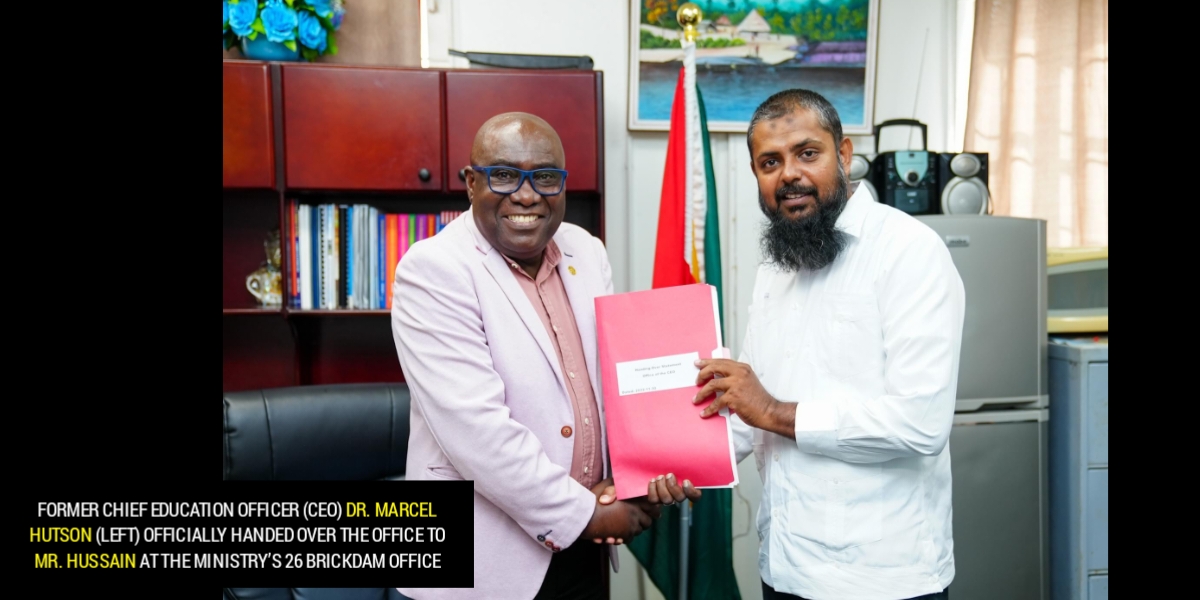 The Ministry of Education announced today that the new Chief Education Officer will be Mr. Saddam Hussain.

Mr. Hussain has been a classroom teacher for more than 20 years. Over the last two years, he served within Central Ministry as the Chief Schools’ Inspector and has been managing the efforts to restructure the Inspectorate Unit of the Ministry of Education.

Furthermore, the ministry said Mr. Hussain was a Cadet Officer and was appointed as a Senior Education Officer in 2011; a position which he later declined. He brings to the position of CEO a wide range of experience having worked at the National Centre for Educational Resource Development (NCERD), the Cyril Potter College of Education and the Caribbean Examination Council.

On Wednesday, the former CEO, Dr. Marcel Hutson officially handed over the office to Mr. Hussain at the Ministry’s 26 Brickdam Office. Dr. Hutson has served in the position of CEO for six years, including for two years post-retirement when he was re-engaged and contracted by the current Minister of Education and has made exceptional contributions to the development and forward movement of the education sector. The Ministry is pleased to announce that Dr. Hutson will not be leaving the Ministry of Education. He will now take up the position of Executive Director of the National Accreditation Council (NAC).

The NAC is the principal body in Guyana responsible for conducting and advising on the accreditation and recognition of educational and training institutions, providers, programmes and awards, whether foreign or national.