Home Labour “You have to be the change you want to see” – Commissioner... 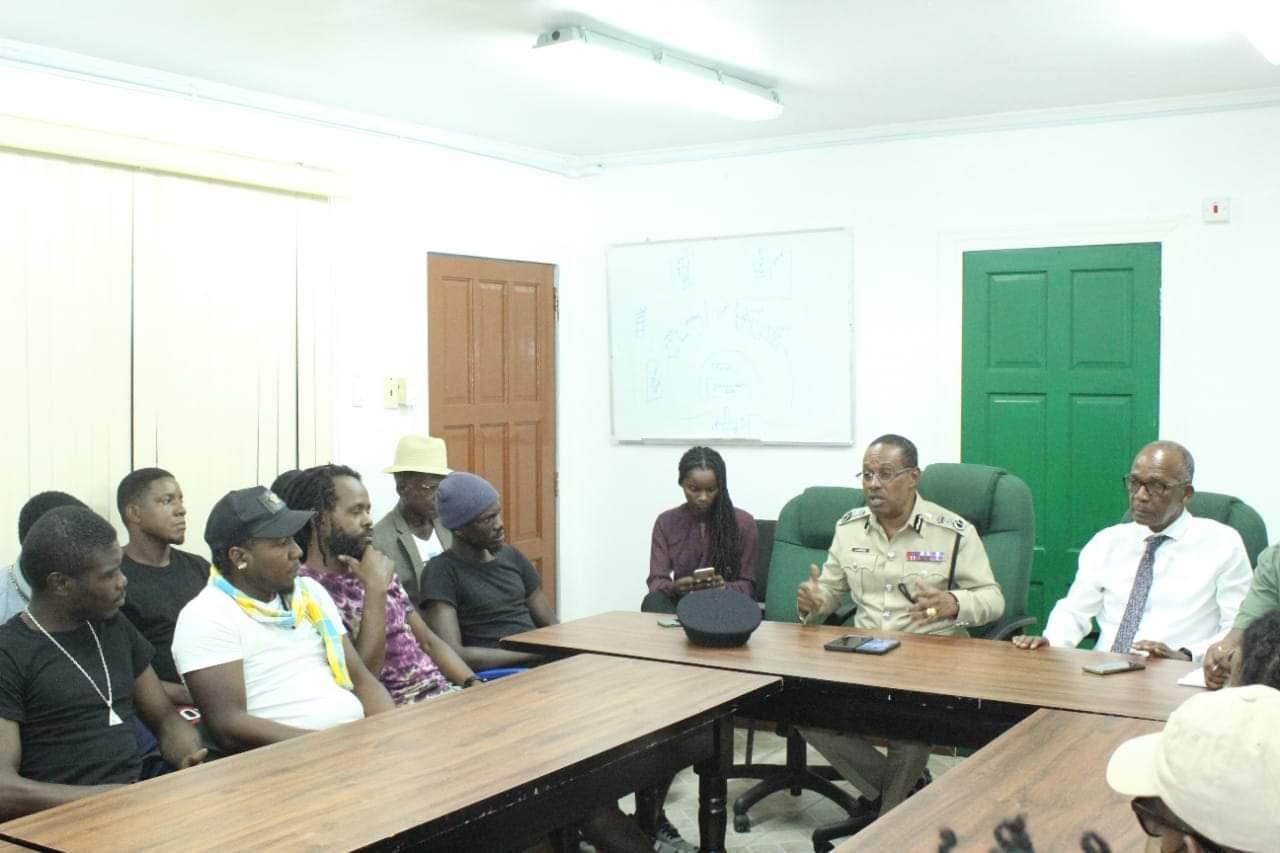 Thirty young men from Leopold Street, Georgetown will embark on a development training programme which will equip them with skills to enter the workforce. The training will commence on Monday and run for six months.

Acting Commissioner of Police Mr Clifton Hicken along with the Minister of Labour, Joseph Hamilton, and Minister of Home Affairs, Robeson Benn met with Leopold Street, Albouystown residents to discuss the preparation of training programmes aimed at preparing them to enter the workforce.

“You have to create the change that you want to see. You have to be a part of the development that is going on, and so you must play an integral role in what is happening in Guyana,” the Top Cop said.

Commissioner Hicken told the young men to be prepared for what lies ahead. To ensure their full participation, Hicken announced that they would be supported during the training as they would be provided with meals, transportation, and a stipend.

Meanwhile, Home Affairs Minister Robeson Benn alluded to the turnout noting that he was pleased to see young men showing interest in their personal development as well as that of their community.

“Our country is in transition. Guyana is in transition. If there is any moment when we need to join hands and meet the development requirements, that time is now. Every week people come to Guyana to do works which Guyanese can do, from masonry to construction,” Minister Benn noted.

Minister Benn charged the young men to seize the opportunity to upskill and move on from any difficult situation or circumstances they may face.

The minister further spoke to the importance of a smooth transition into the world of work, reminding them that they must be skilled, on time, and most of all, be safety conscious whenever they are in their working environment.

Minister of Labour, Joseph Hamilton, in his remarks, stated that since the country is moving in the direction of certification/accreditation, those skilled but not certified can also jump on board and become certified. He said this would help them benefit from the rapid development the country is undergoing.

While further interacting with the youths, Commissioner Hicken noted that his team remains committed to fostering stronger ties between the police and the general public. The Top Cop also urged the attendees to make a change that would aid in their meaningful contribution to society.

After the meeting, the youths were allowed to fill out their application forms and select the course of their interest, which would assist in the smooth preparation of the training.

The meeting was held as a follow-up to Sunday’s outreach, where President Ali informed the residents of Leopold Street that they would have access to skills training to help them grow personally and contribute to the growth of their community.