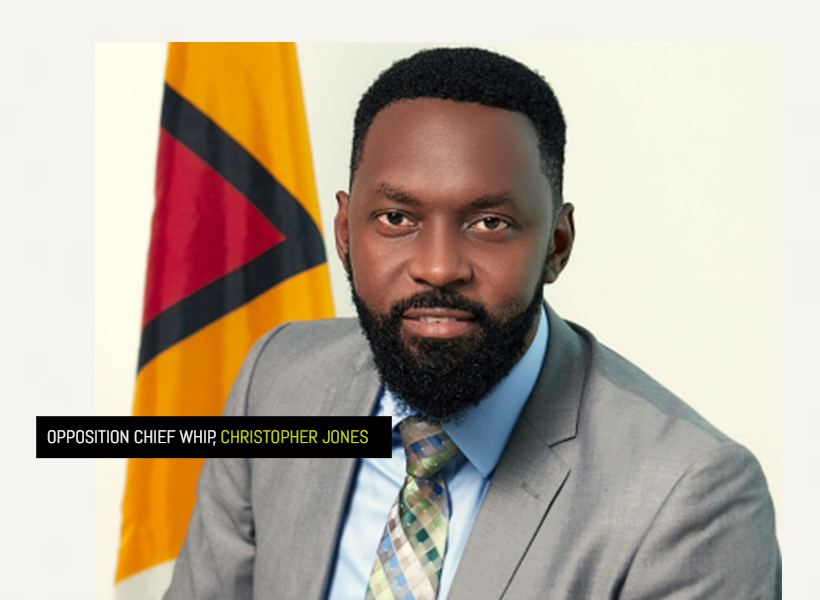 During his presentation in the ongoing 2023 budget debates, Opposition Chief Whip Christopher Jones thought it prudent to respond to statements made by Senior Finance Minister, Dr. Ashni Singh regarding the handling of the sports sector during the APNU+AFC regime. Jones said the government official claimed that sports facilities were in a deplorable state when the current administration took office.

But Jones, who was the Director of Sports during the APNU+AFC administration, wasted no time to set the record straight on this front. While asking the finance minister to “make it make sense”, Jones expounded that hundreds of millions of dollars were pumped into the development of sports.

Jones said that it was under the APNU+AFC coalition that sports facilities across the country were upgraded. He noted that the Cliff Anderson Sports Hall received a multi-million dollar injection which saw the basketball court being completely refurbished “after 23 years of PPP neglect.”

The Opposition Chief Whip added that it was also under the coalition government that a group of cricketers participated and won the under-19 regional tournament on multiple occasions whilst the senior men’s team continued their dominance in the senior regional Cricket tournament.

“Comrade speaker, it was under APNU+AFC in which the Community Ground Enhancement Fund was increased from a paltry $1M (to $14M gradually). That amount was allocated to ensure those playing spaces were properly fenced and (upgraded),” Jones said.

The former Sports Director said it was under the APNU+AFC that the National Sports Commission (NSC) hosted the Janet Jagan Memorial Games in which schools across Regions 3 & 4 competed in games at the National Gymnasium.

Jones further expounded that it was the NSC at the time that advocated for the development of sports for the differently abled. He noted that Guyana’s Paralympic Committee was given recognition by the International Paralympic Committee, adding that this was a first for Guyanese with disabilities and in the area of sport development which enabled them to compete internationally.

He concluded that the foregoing investments were made development made without a dime from the nation’s oil account.