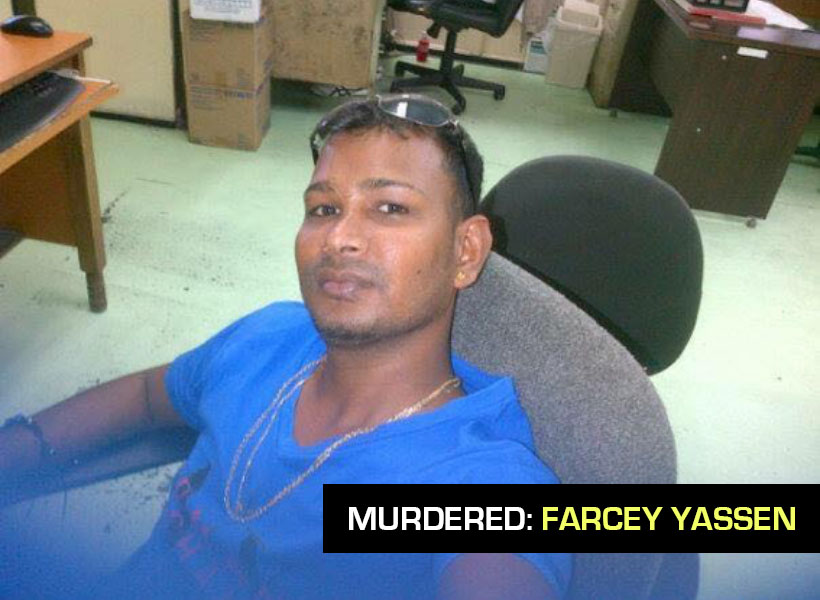 The 35-year-old suspect, who was arrested at his home, lived in the same village as Yassen and is known to be lurking around the neighbourhood.

The Guyana Standard has been informed that the mentally ill man was arrested after his bicycle was found at the scene of the crime. A pair of slippers was also discovered but the cops have not yet been able to link it to the suspect.

A police source close to the investigation said that the detainee denied killing the 34-year-old fruit vendor. He (suspect) reportedly claimed that his bicycle was stolen from him a few days before the murder.

Up to press time, he remained in police custody. The bloodied body of the father of three was discovered shortly after 01:30 hr by his wife, Devi. The woman reportedly ventured to look for him after noticing that he was missing from their bed for quite some time.

According to information received, the fruit vendor woke and went to the lower flat of the two-storey house to use the washroom. It is unclear what transpired next but detectives suspected that he might have heard a noise in his yard and went out to investigate.
A rank opined that the deceased probably interrupted his killer—who might have been there to steal fruits.

“Maybe this person was there to steal fruits and when the victim caught him, he panicked and stabbed him,” a source said. Yassen’s killer or killers did not take the gold chain and band he was wearing at the time of his death.

The victim’s wife told the cops that she was asleep and did not hear any strange noise other than their dogs barking—which she says is normal.

“She said when she got up and didn’t see him on the bed, she went downstairs and saw the door open so she went outside to call him and that’s when she saw his body on the ground covered in blood,” a rank revealed.

The Guyana Standard was informed that the victim’s wife told ranks that it was normal for her husband to go out in the yard to check on his fruits.